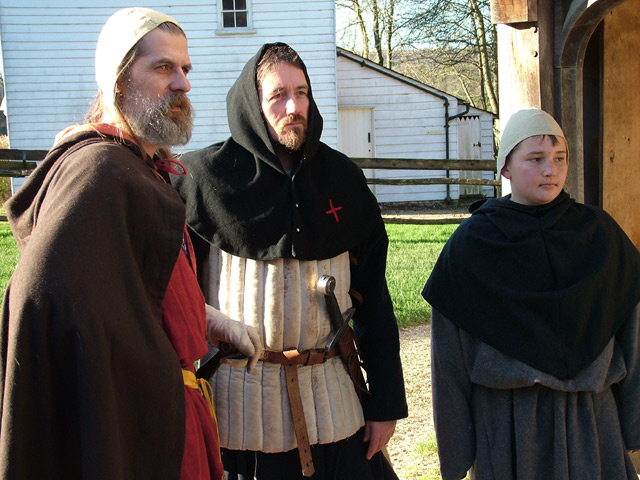 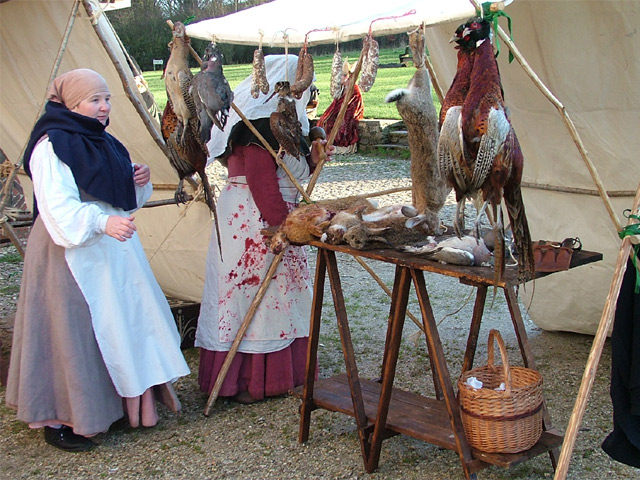 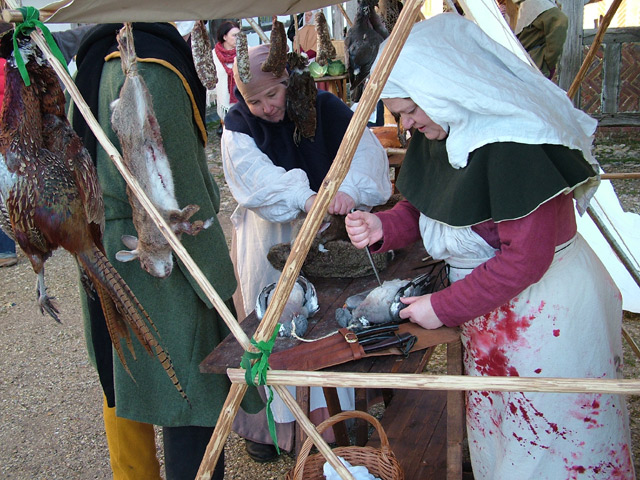 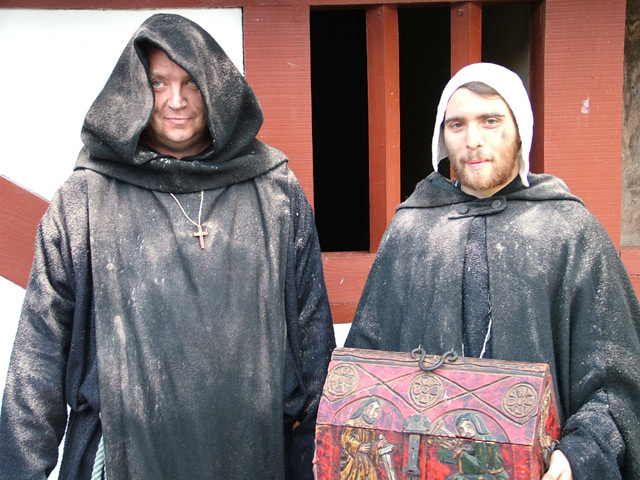 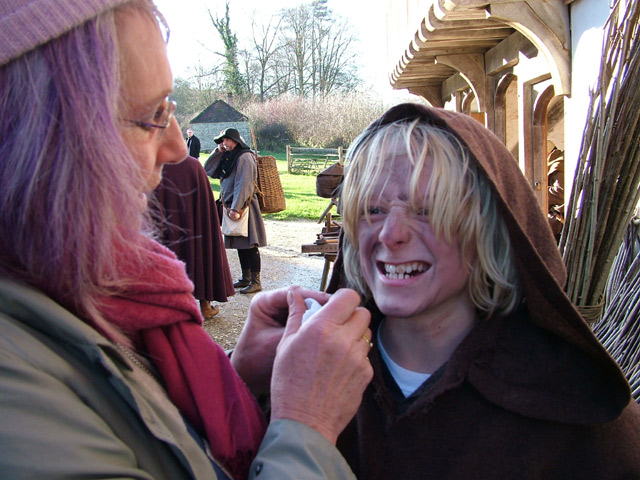 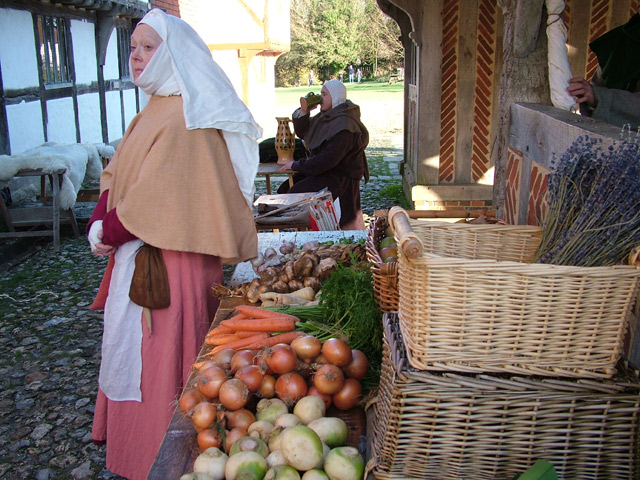 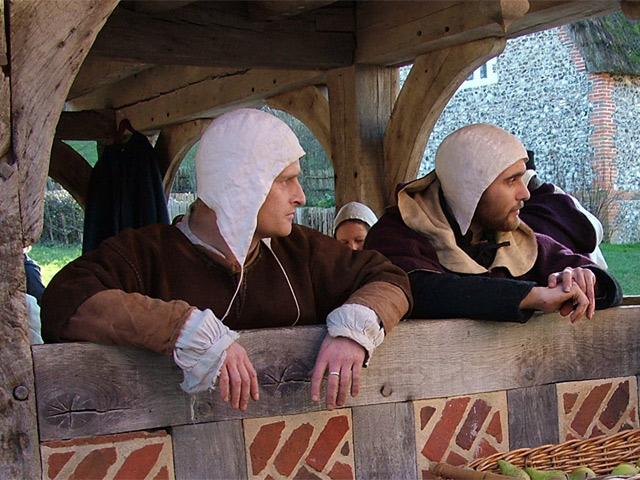 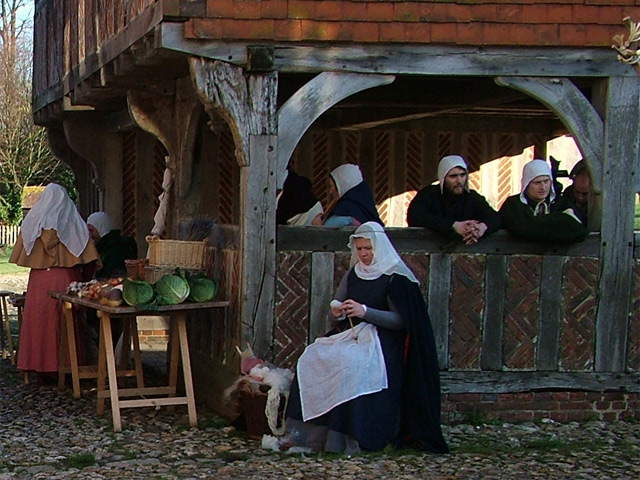 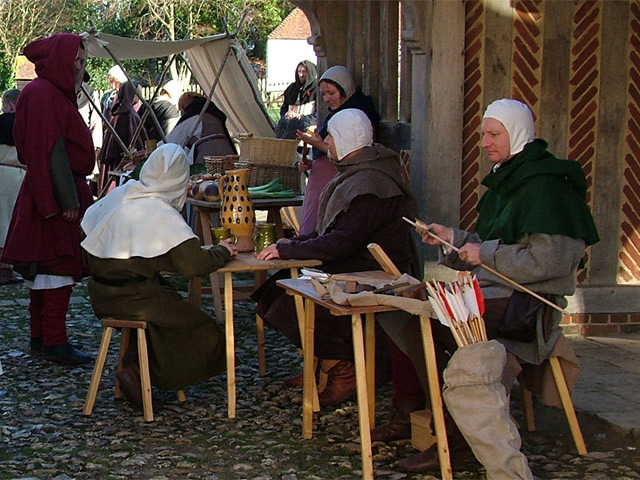 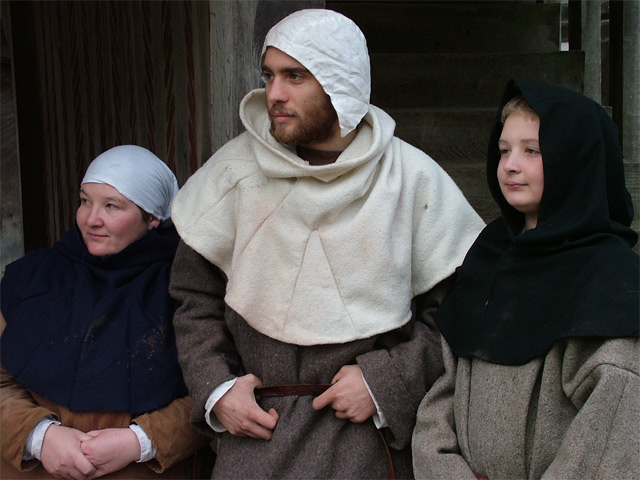 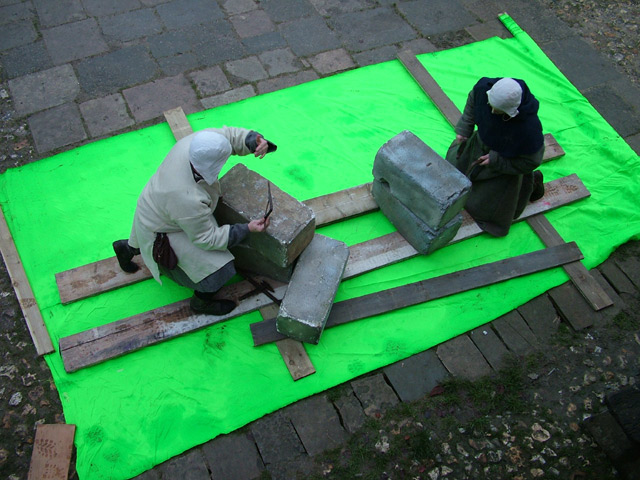 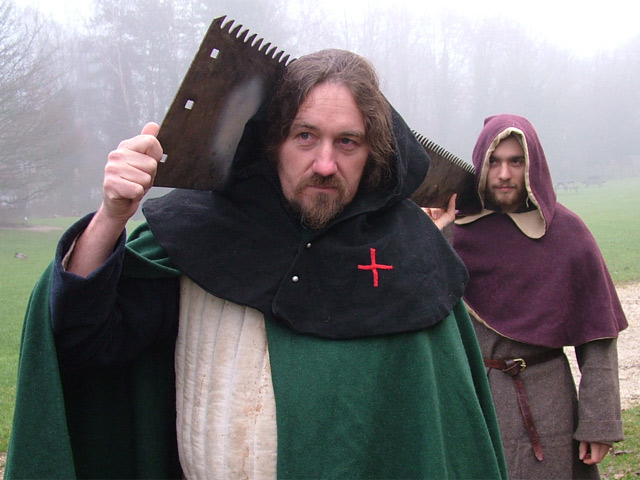 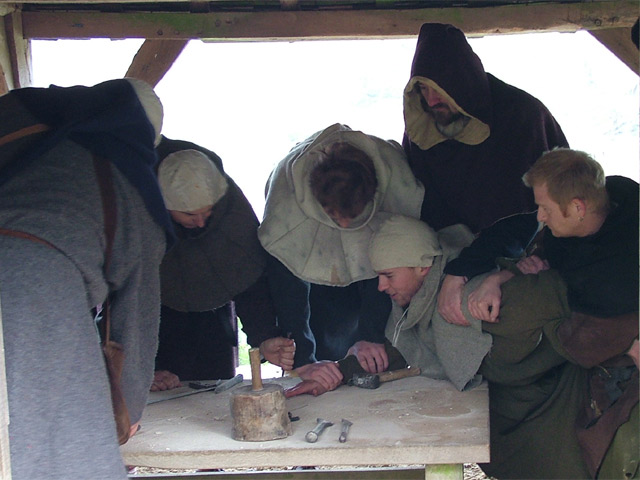 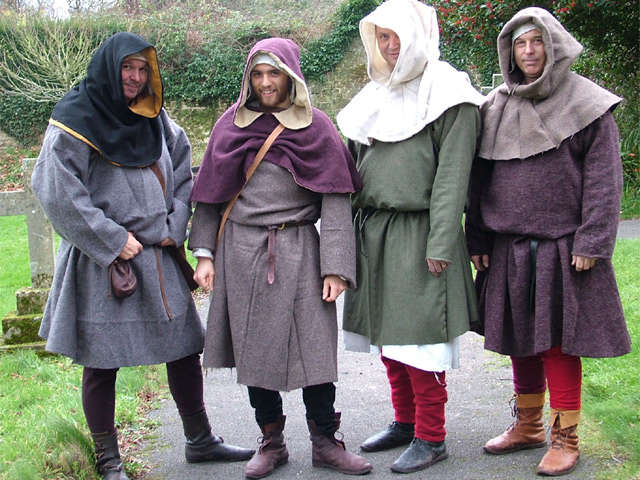 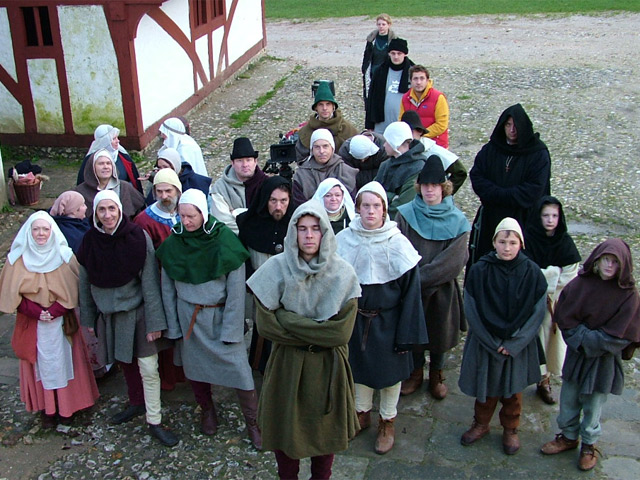 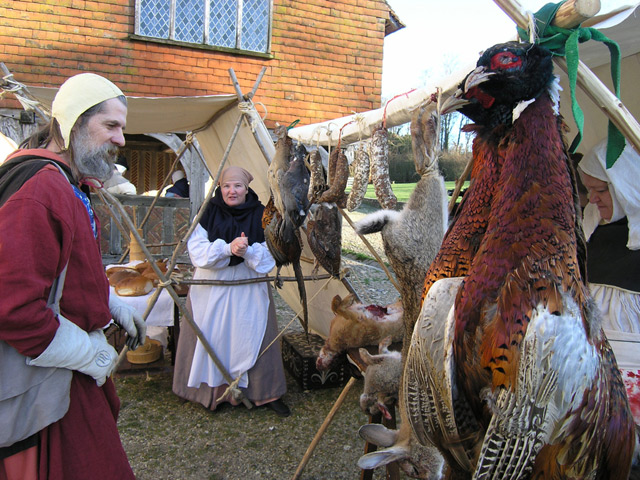 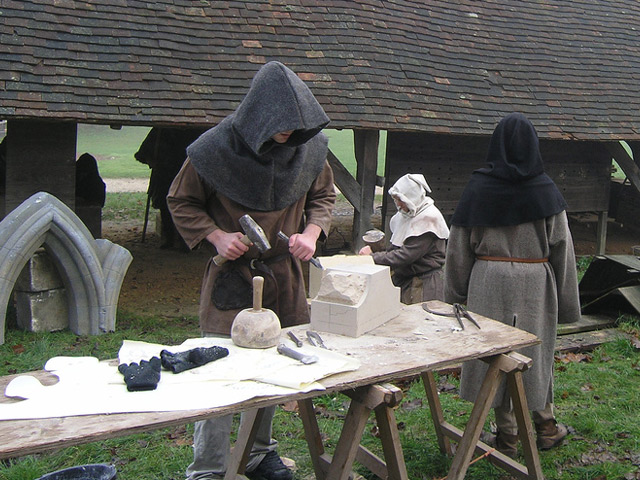 In October of 2006, Raven-Tor was approached by Darlow Smithson Productions with a view to appearing in a film on the construction of Chartres Cathedral.

Filming took place in and around Cocking church and the Weald and Downland open air museum over a five day period in late December 2006.

Fiona Hargreaves created twenty-five tunics and hoods, in addition to which all stalls, props and the majority of fittings were provided by Raven-Tor members.

Scenes included riots, fleeing town�s folk, masons, and �green screen� work that will later be used as the basis for digital recreation of the cathedral during construction.

Despite the cold, fog, mud, lack of hot drinks and the usual problems associated with location filming, a great time was had by all.

The film is slated to be broadcast on the National Geographic channel in the new year (2007). Watch this space for programme title and broadcast date.

Many thanks to all Raven-Tor members that took part especially Fiona and Linda in the sterling effort in creating the costumes at very short notice and mimimal budget.