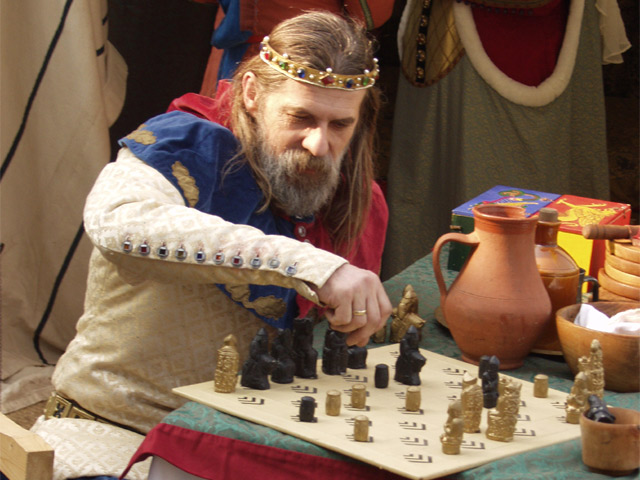 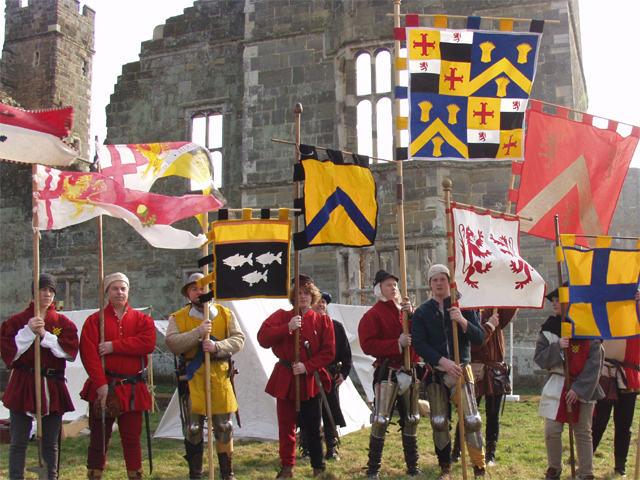 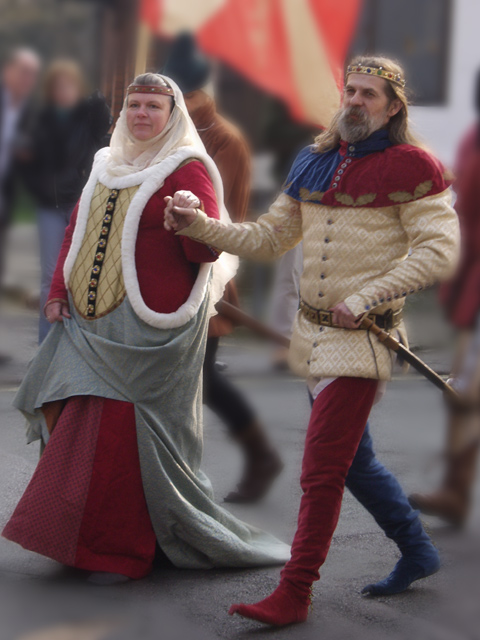 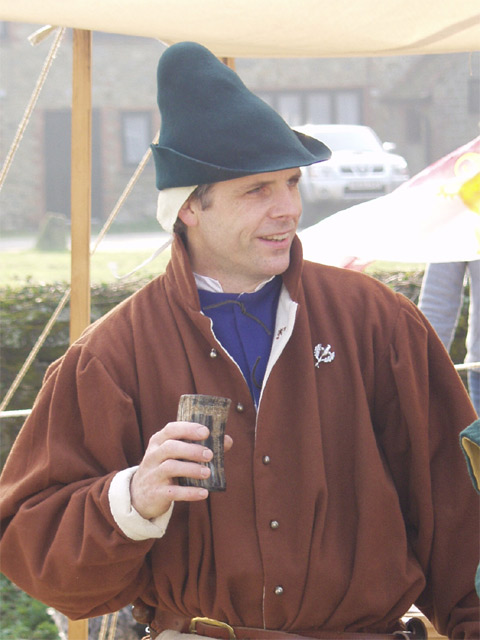 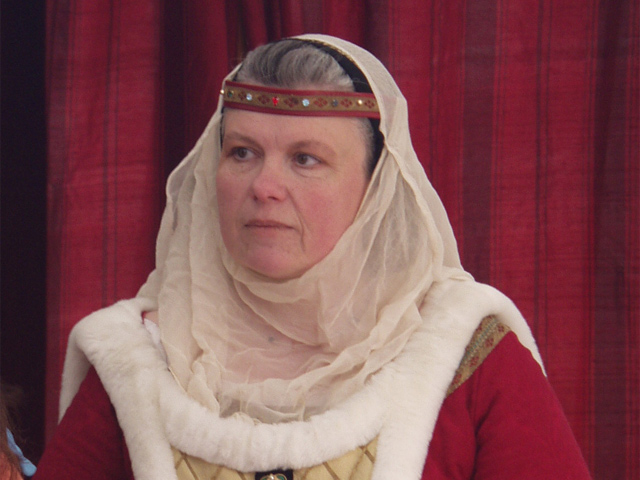 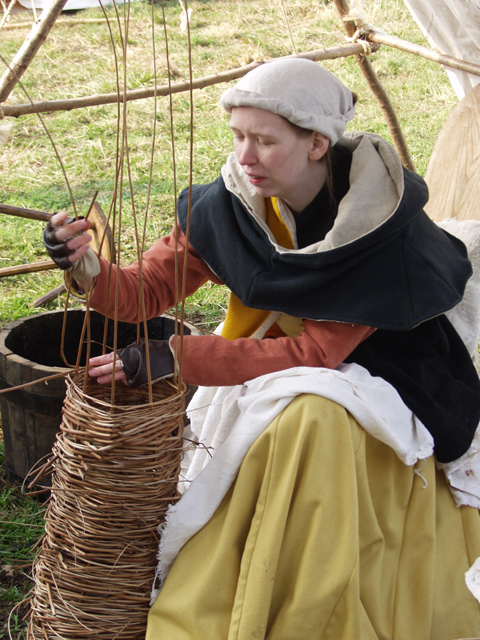 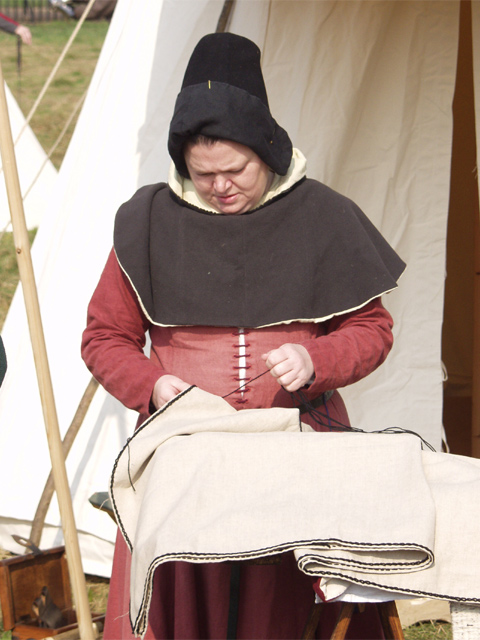 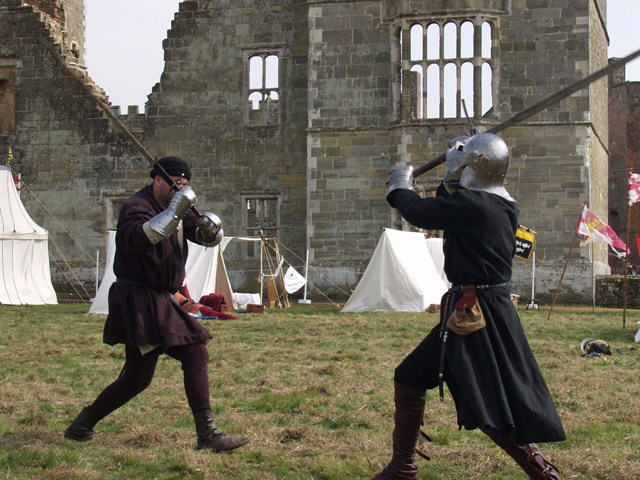 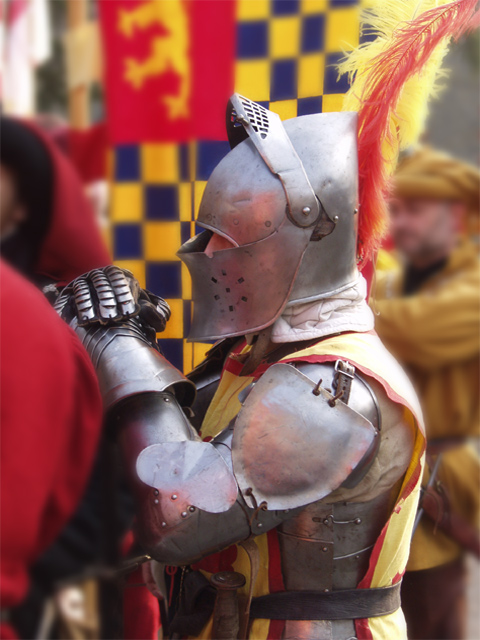 Cowdray House formally opened to the public on Saturday 31st March 2007 with a parade and a ulti-period event in the ruins of the building. Despite some pretty adverse weather conditions leading up to the event, the sun came out for most of the day and it remained dry.

Raven Tor represented the household of Sir David (Davy) Owen, the builder of the new house at Cowdray. Having inherited the original medieval manor, by his marriage to Mary Bohun, he pulled this down and built a house befitting being the uncle of the King, Henry Tudor.

The group led a procession through the town of Midhurst, and then provided a variety of crafts and demonstrations outside of the ruins. Although there was no set tournament, and the ground was uneven to provide secure footing, on-going combat training took place throughout the day.

New for 2007, the Tavern Tent proved a great success, and Mistress Morag's variety of ales and brews went down very well! Mistress McGloin found her new role as a beggar very rewarding, and the miracle of her moving and disappearing "black teeth" was a true miracle to behold! And Lady Ania...well... medieval off-roading certainly left an impression!

With the Tudor Group working in the newly restored kitchens, the Rawdons (Sealed Knot) garrisoning the interior of the house, Meg, from Storrington Museum, as Queen Elizabeth I, the Kirdford players performing Mummer's Plays and a variety of musicians and children's entertainers, the day was a riot of colour and noise.

An excellent day was had by all, and thanks to everyone for their hard work and support to make the day such a success. A great way to start the new season.