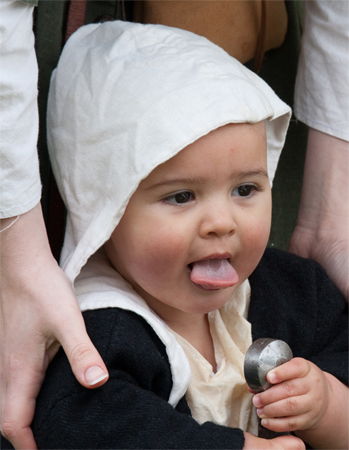 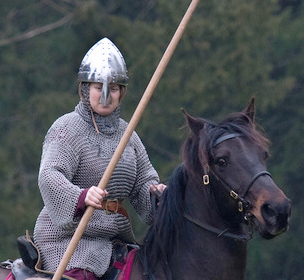 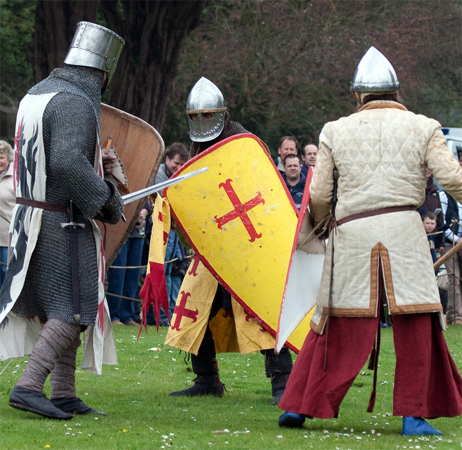 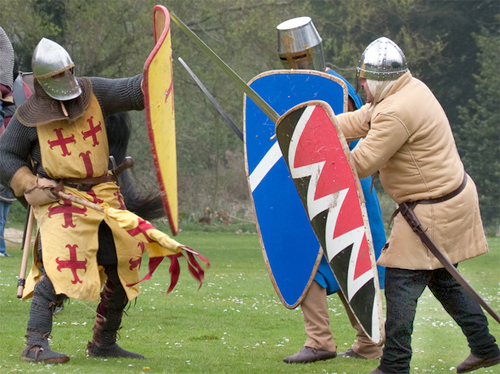 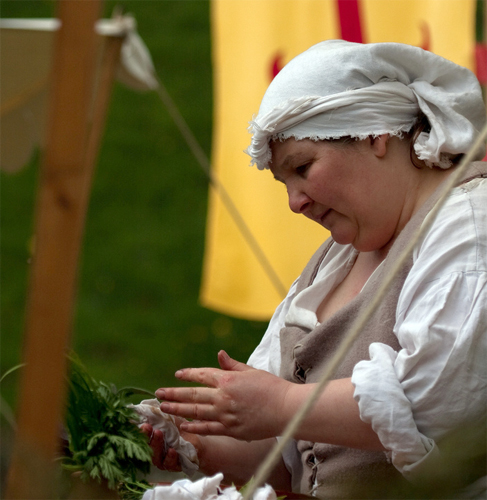 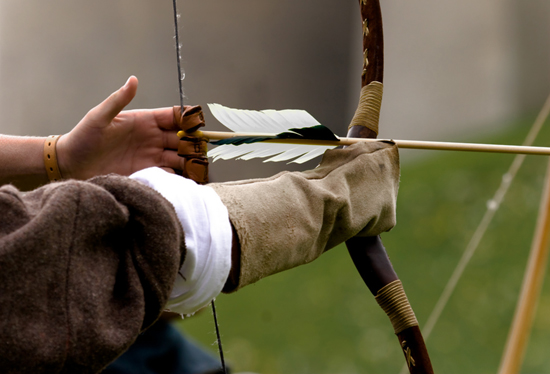 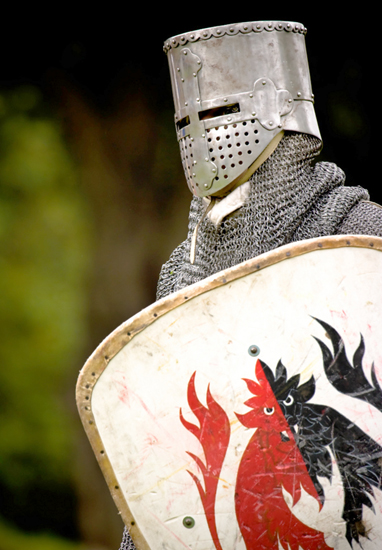 Easter 2009 at Arundel Castle finally saw, after five long, cold, wet, windy years, the return of the sun!!! And despite the recession, nearly 4000 visitors attended the event.

Covering the Norman Period from 1066 - 1200, members of the group portrayed Norman Knights from the Conquest, The Anarchy of Stephen and Matilda, and Crusaders setting off on the Third Crusade.

Jaki Lake, Pete and Amy returned to provide some additional mounted combat and skill-at-arms, which again proved really popular with the audience... Sir Jacques' mighty stead proved that horses are far from daft when he took one look at the shield wall and turned his tail and walked off!

Keith from Distant Trumpets put on yet another sterling performance with in reactive plays, story telling and minstreling... and the warts just get bigger and bigger!

The Purbrook Bowmen were a welcome return with the have-ago-archery and archery demonstration, and we look forward to seeing them again in May.

Sergeant Ian finally managed to get his archers to hit the advancing knights (after a lot of tries, bruises and hilarity from all participating); Master Nicholas's "slight-of-hand" street performance proved very popular with the crowd (my money is on him wanting to sword fight by the next event!); and back from long injure and ill health the return of Kevlar the Peddler. Good to see him back and the Authenticity Police have a nice little pillory with his name on it...

Big congratulations to Master Robert for his promotion to Sergeant...it was well deserved, and I'll be around to collect his additional taxes as soon as I can!

Huge thanks as always to Mistress Morag whose "tasty tarts" were a real hit, and whose enduring patience hanging over a steaming pot with the endless question from the public "Are you really going to eat that?" surely deserves a medal!

Big thanks to all who attended; it was an excellent start to the season.