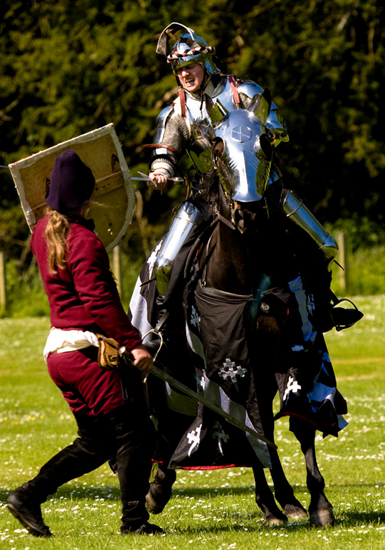 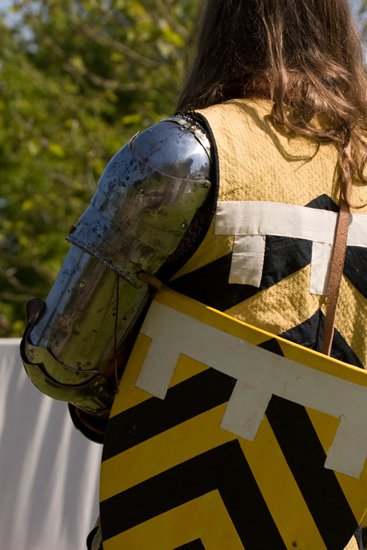 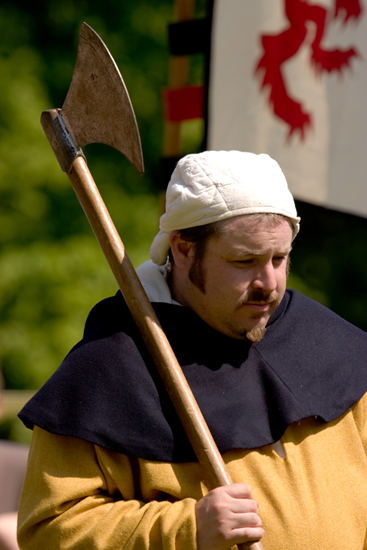 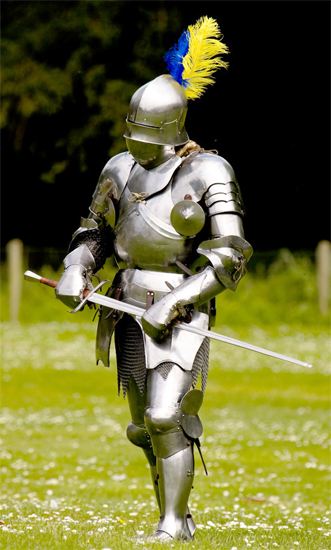 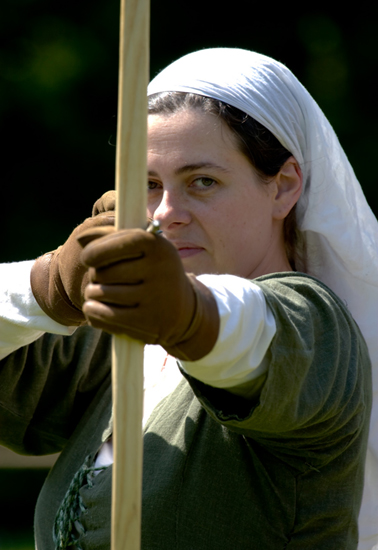 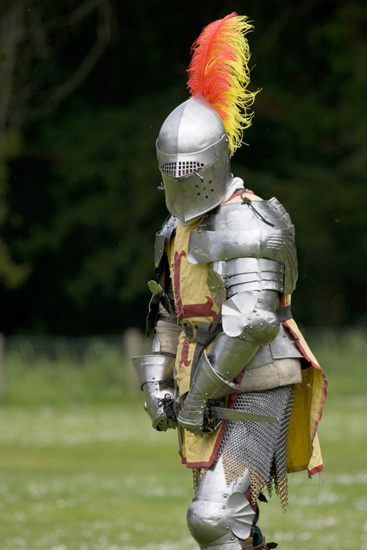 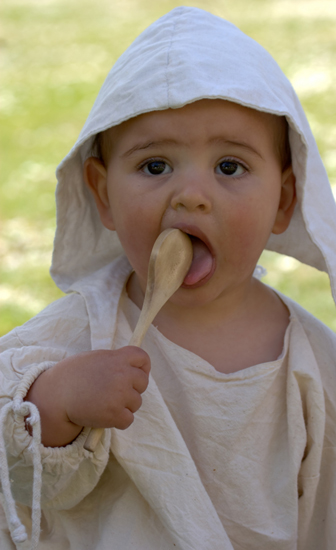 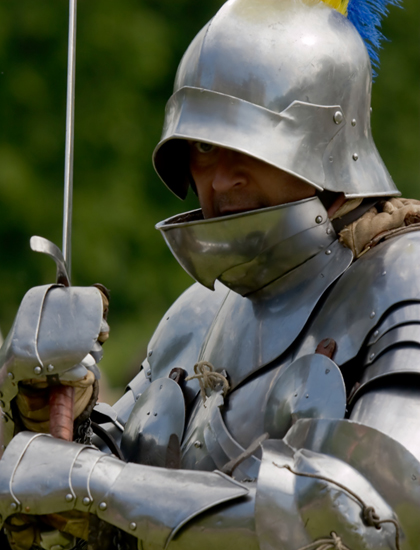 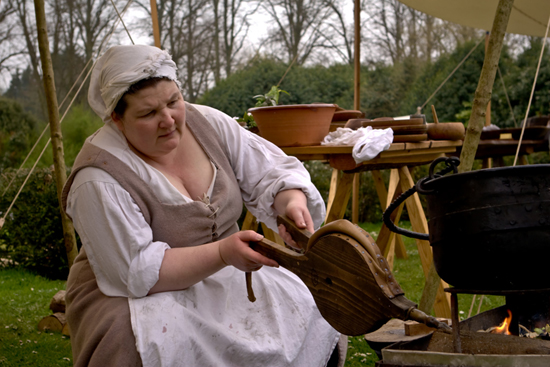 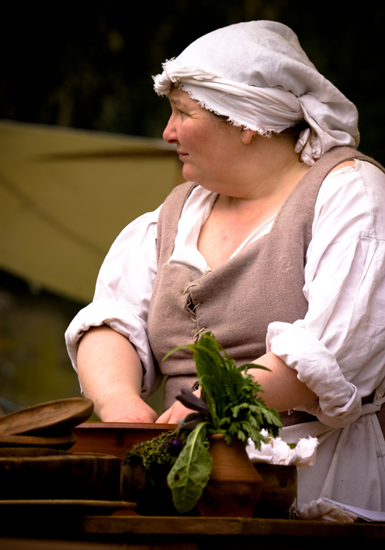 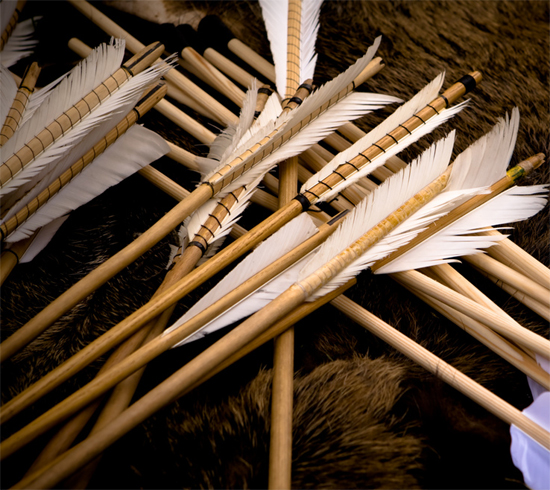 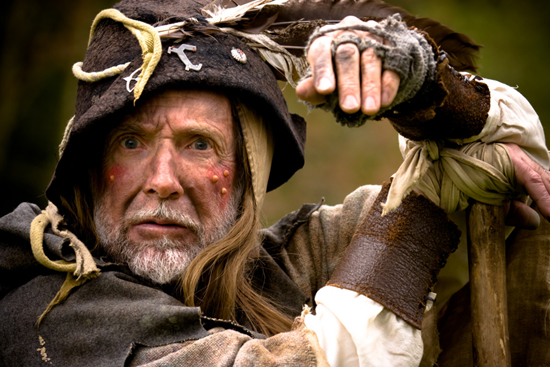 It was an ambitious idea to cover the 500 years of the Medieval Period in one event, on one site, with one group and friends, but again the weather gods were kind and the event was a tremendous success!

Over 4000 visitors to Arundel Castle saw some of the worst archery an Englishman has ever done (much to the amusement of the public), some magnificent horsemanship by Jaki Lake, and some thumping good fighting by our mixed matched knights.

With Norman and Crusader knights, coming to grips with 14th and 15th century knights it was a very successful way of showing the development of armour, weapons and fighting styles. With the encampment zoned into those three specific time slots visitors were able to see the change in costume and saw a wide variety of living history demonstrations.

A massive thank you to Mistress Morag, who, as ever, fed and watered everyone with a fantastic array of food; thanks to Sir William for Esquire Bryans' face being truly memorable; and for Sergeant Ian who finally managed to cross-dress, and looked wonderful in a dress!

The heavens finally opened as the last car left the site. Luckily we all had dry tents and sun tans. Yup it was a great event!