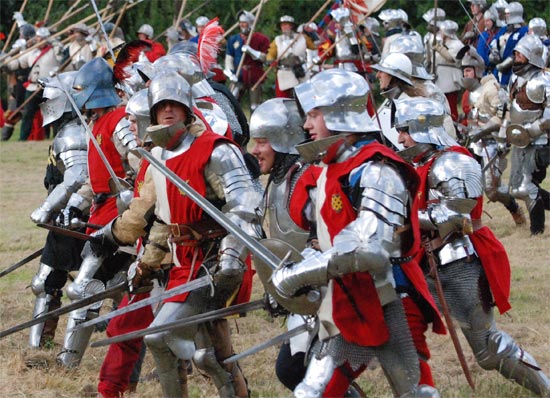 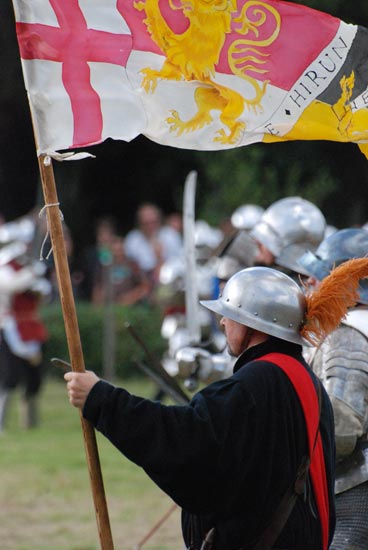 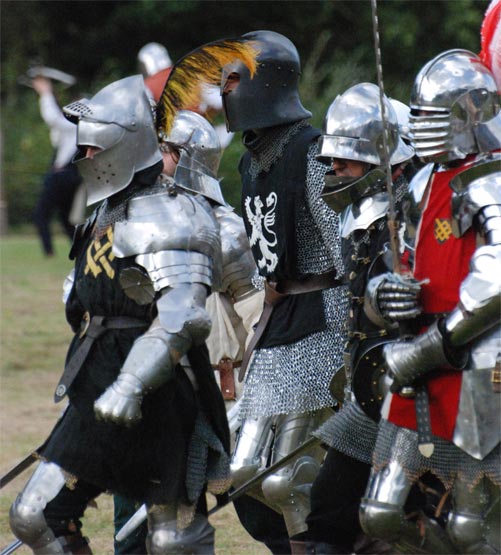 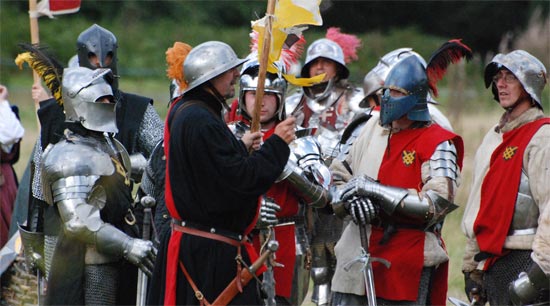 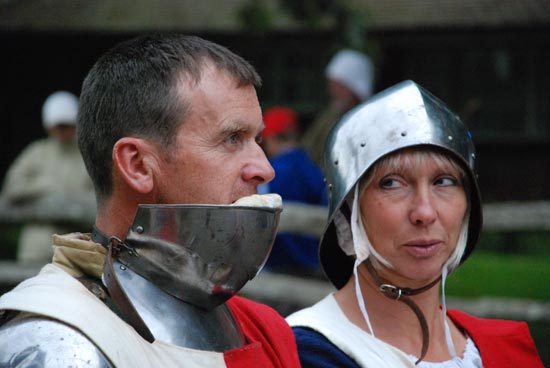 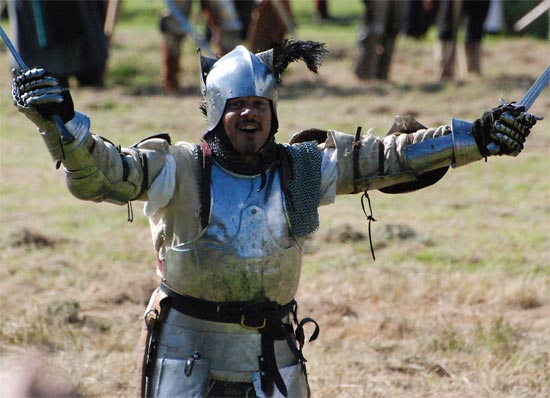 The August Bank Holiday once more saw the FitzAlan Household travelling down to Herstmonceux to take part in the Medieval Festival. With sickness plaguing the group the bill line was dropped in favour of skirmishers, and an amalgamation with the Hartly Household took place. Ironically other households turned up with lots of pole arms and the roles were reversed with our line disintegrating and being scattered into lots of individual combats. The long awaited return of Sir Connor Mac Sweeney and his lady was an added bonus to the event, and in there was some top combat with the British Plate Society, Bonivants, and mercenary hoards. New for 2009 The Saturday Night Awards... Top Sergeant... Bootstrap Bill Solman Pain in the Butt... Ian Solman Captain Impervious... Bryan Warnett Top Living History... Ian Solman Tried the Hardest... Derren Marshall Couldn't Have Done it Without You... Mat Howell Top Cook... Morag Hayler Star of 2009... Phil "Papa" Labelle Who could forget Papa Labelle's charge and taking down two of the Red Crow on the Saturday? Mind you they got their own back on the Sunday... And Master George fighting for two days for a Yorkist Household??!!! And no sympathy for the return of "Chunder Ball" Snowball on the Friday night... Special thanks to Lady Trish Howell whose "chuck wagon" again provided a superb evening feast for Friday and Saturday night (especially as the Howells were in the middle of packing and about to move)... to Mistress Morag Hayler who braved 4 battles as water carrier, including two "death marches" (we are definitely are having a rota for next year!)... and to everyone who managed to attend the event! On a personal note, getting to the event was a trial in itself but every-ones support, kindness and the "Stella Award" was brilliant! It truly is an amazing group, with fantastic people, to be apart of!!!