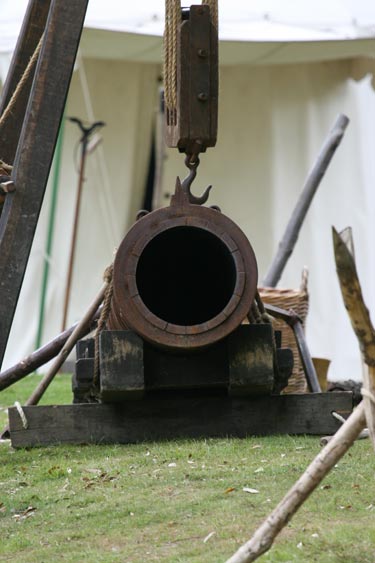 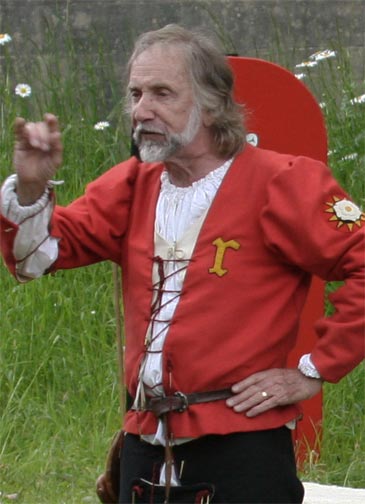 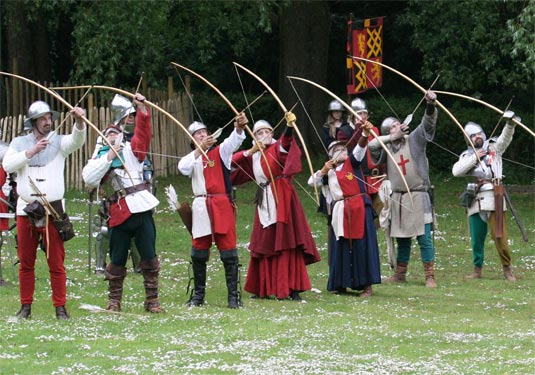 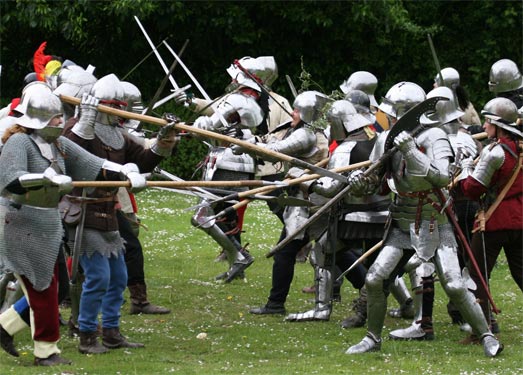 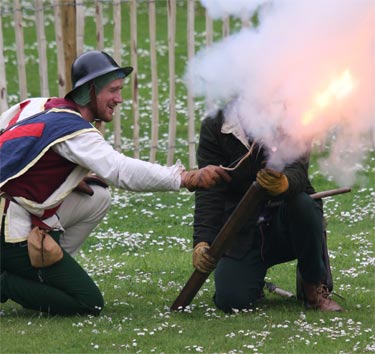 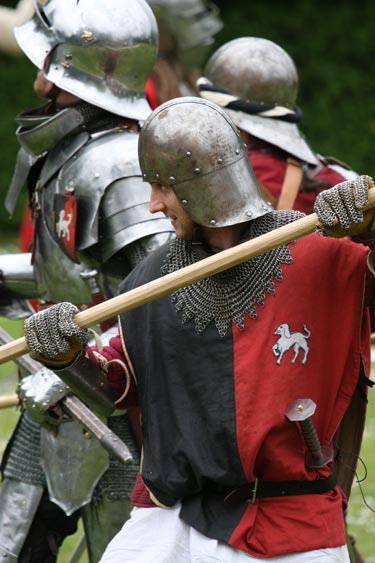 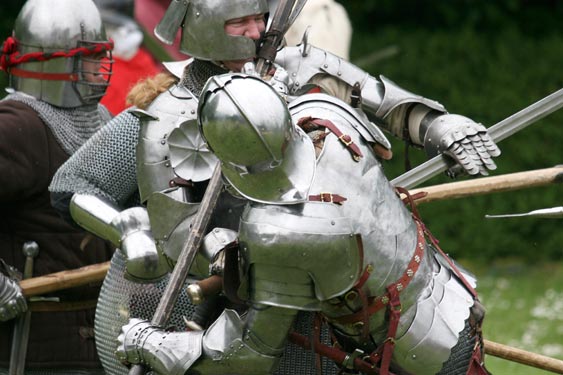 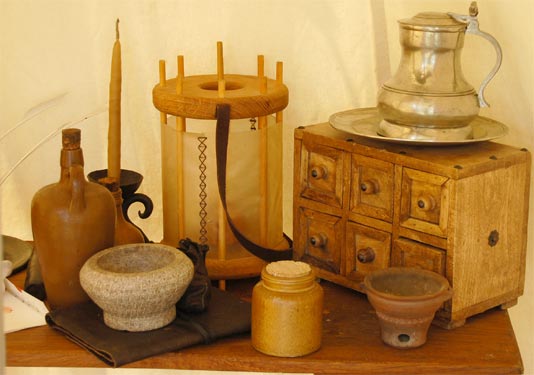 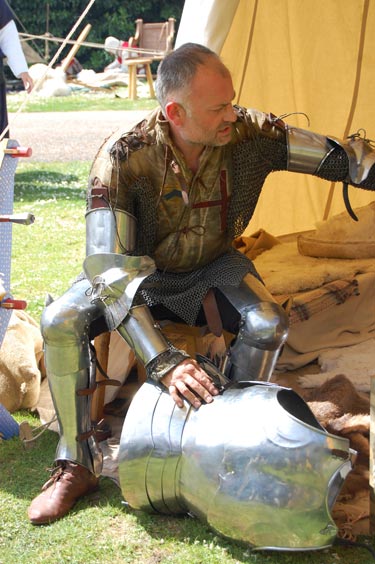 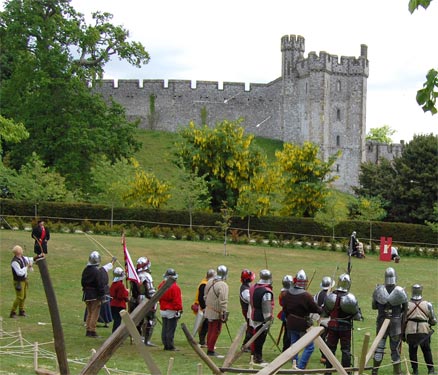 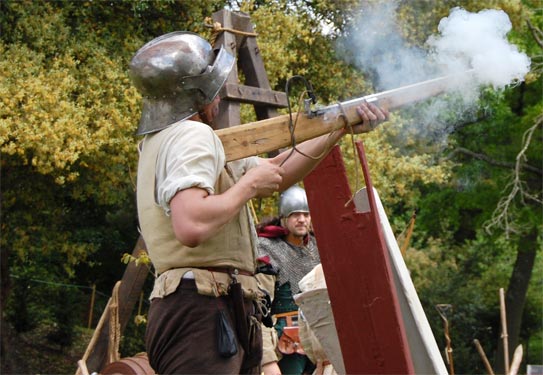 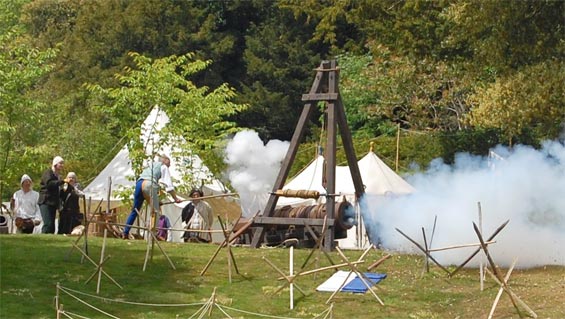 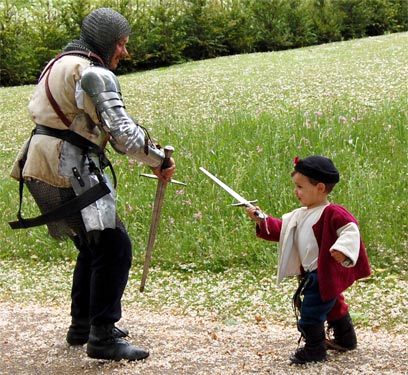 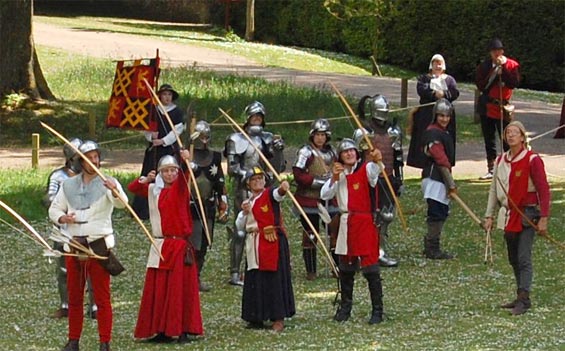 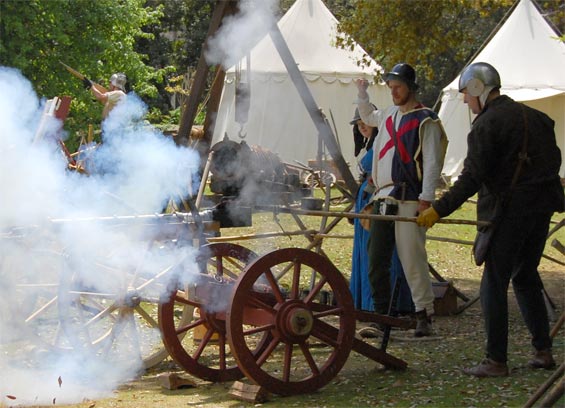 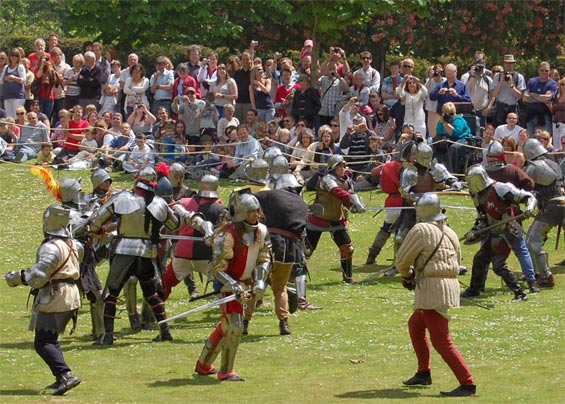 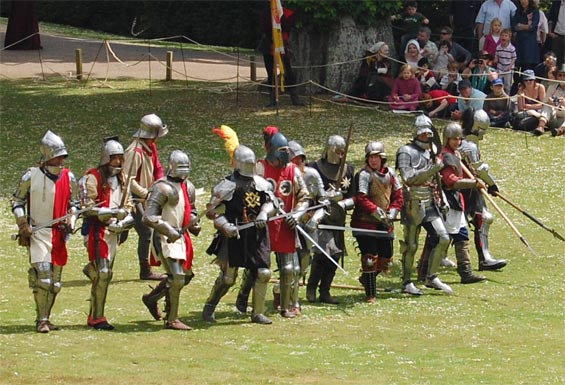 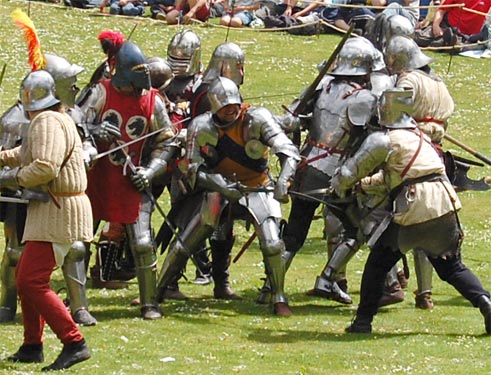 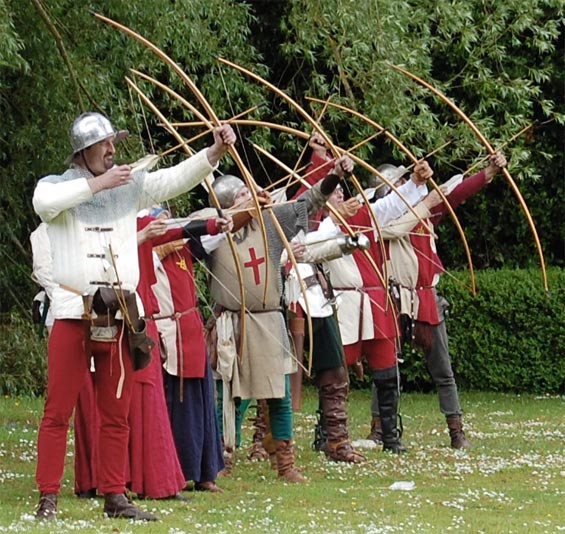 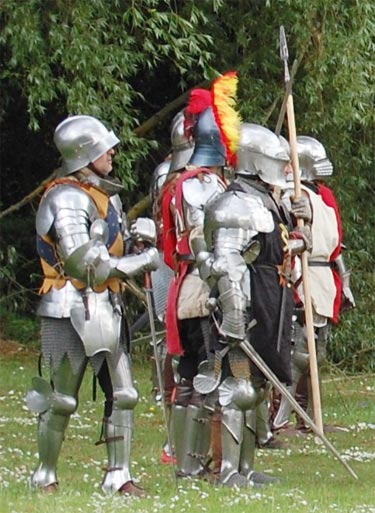 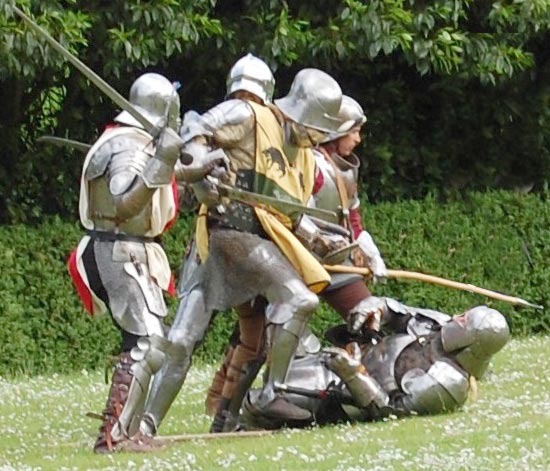 A Siege at Arundel Castle 1484

Out of all the many events Raven Tor has hosted at the castle this has to have been one of the best. Joined by the Company of St Barbara, and the British Plate Armour Society, the weekend portrayed a castle during a siege at the end of the 15th century. Set during the Wars of the Roses, and using the historical loyalties of the Earl of Arundel, the castle was held by Yorkist supporters of King Richard. Welsh rebels supporting Henry Tudor had seized some of the kings ordinance and were seeking to hold the town and port of Arundel until he arrived from France.

The combination of artillery, archery, and skirmishing knights and men-at-arms outside the barbican was truly excellent and provided a superb spectacle for the audience. With three siege camps, story teller, artillery displays, and the final skirmish of the day as the rebels were routed and their leader captured, the whole site came alive to the sights, sounds and smells of the Medieval Period.

Praise indeed goes to Lord Westring, for gritting his teeth through extreme back pain, to Sergeant Ian whose "death" was so memorable, and whose arrow gave me a "near death" experience, and to Mistress Morag for all the sweat and cursing to produce yet another fine table of superb food. And to my nephew Scampy "The Bruiser" Snowball... tut, tut!

My thanks to all in the Company of St. Barbara - you excelled all my expectations -, The British Plate Armour Society, Distant Trumpets Story Teller, Plessis Armour, and all in Raven Tor for making this such a brilliant event.