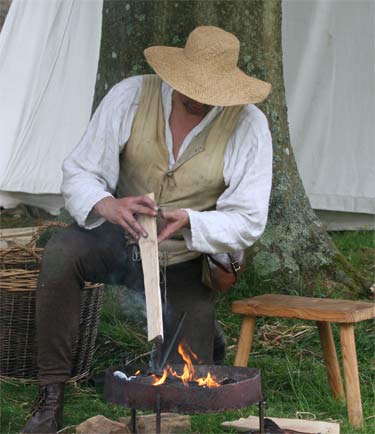 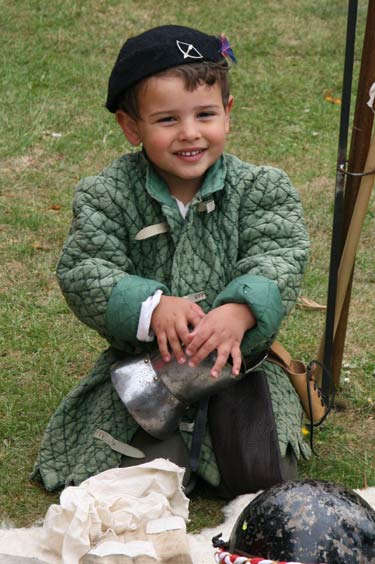 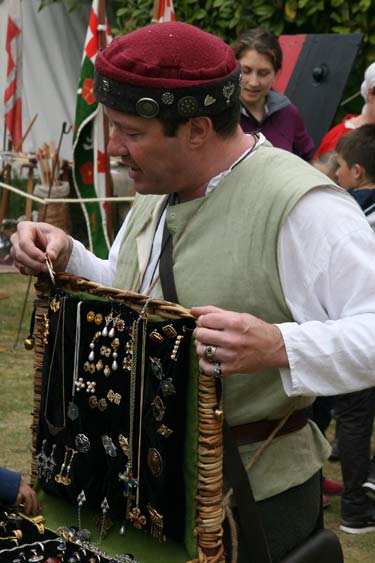 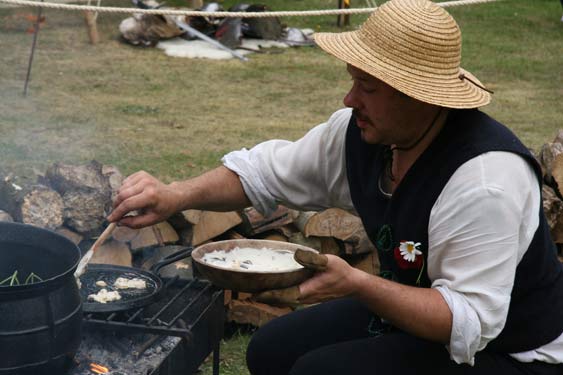 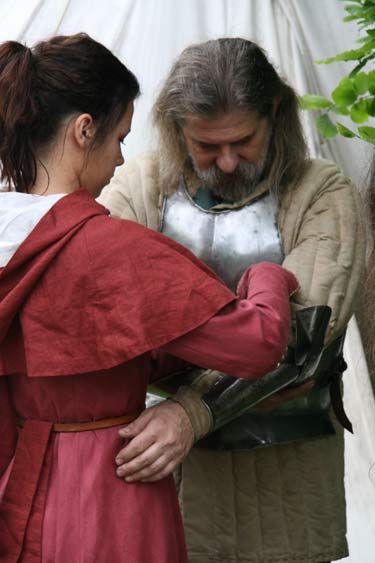 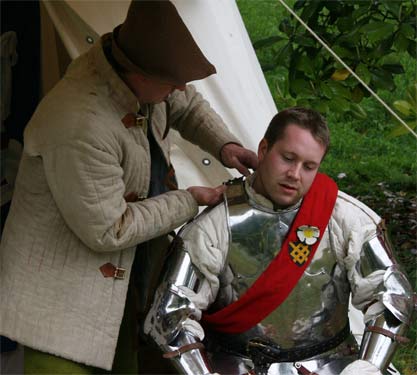 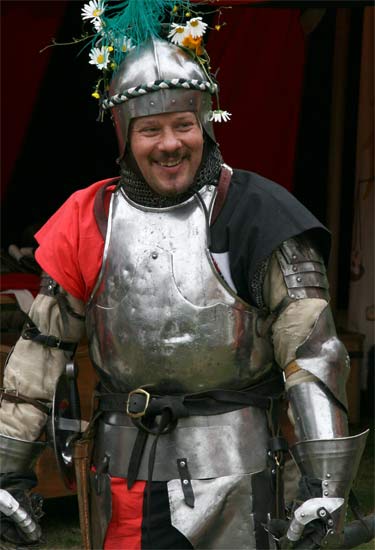 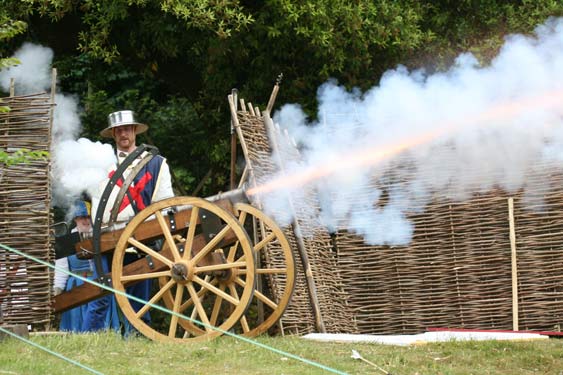 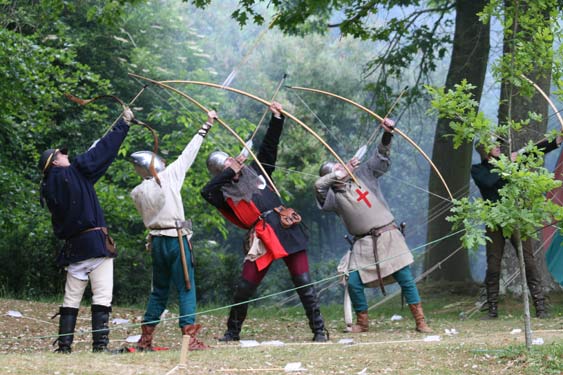 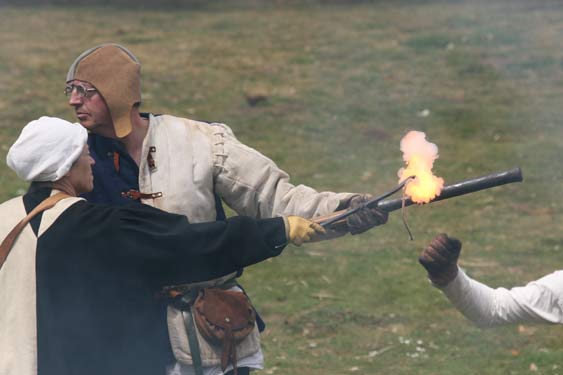 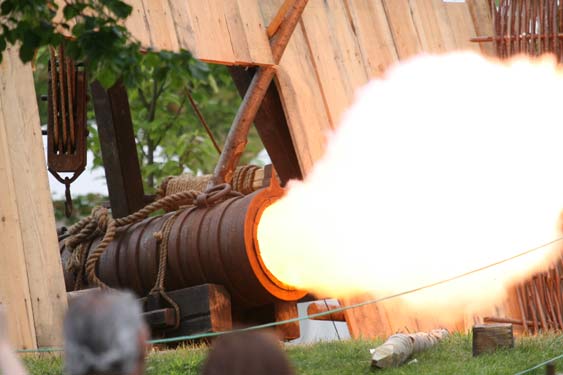 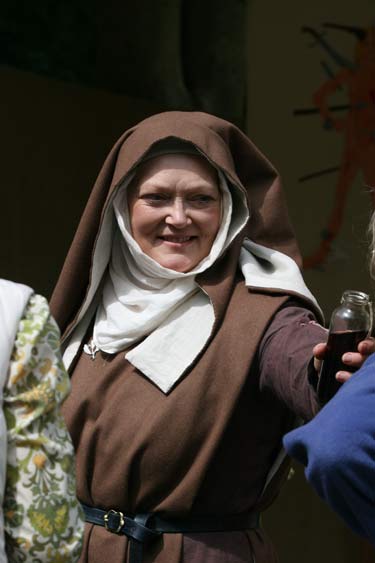 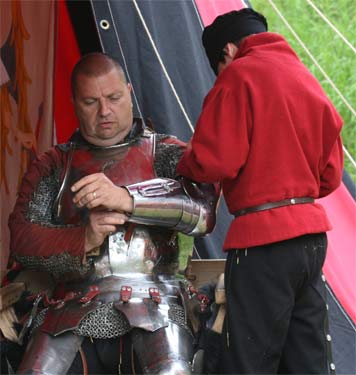 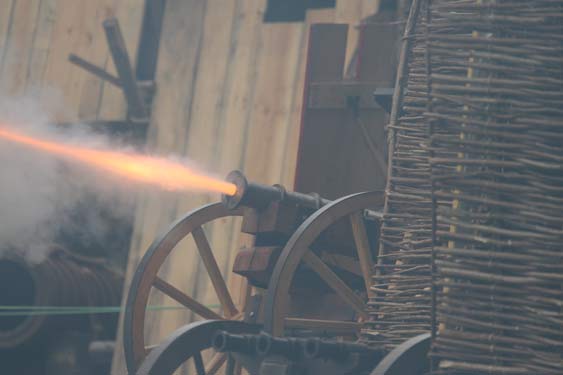 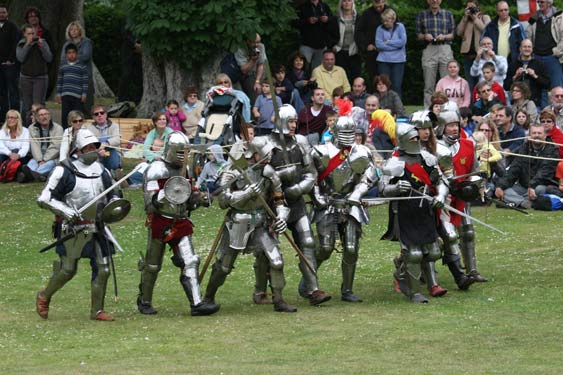 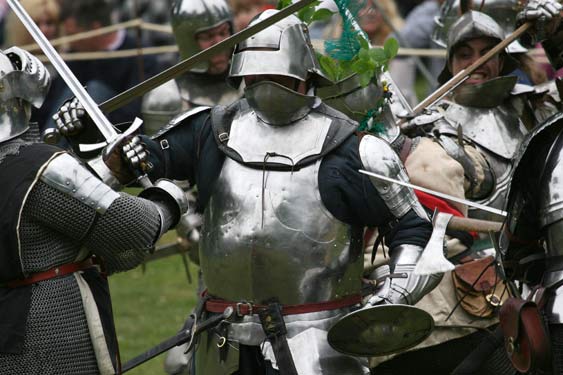 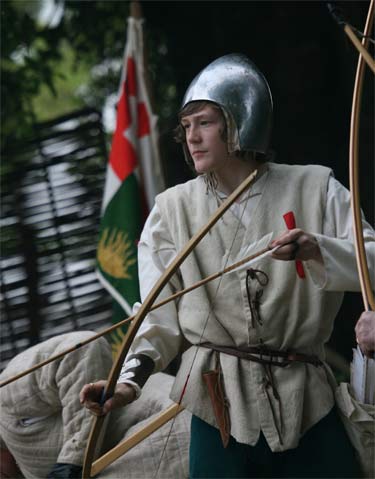 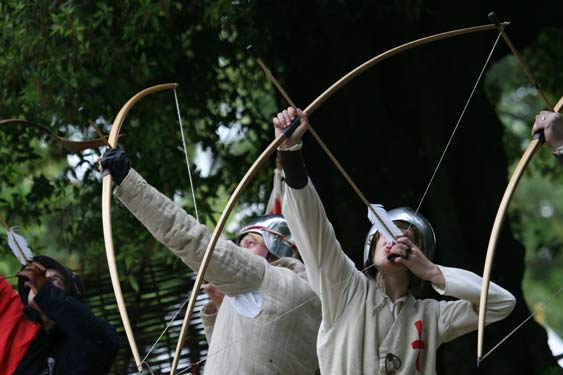 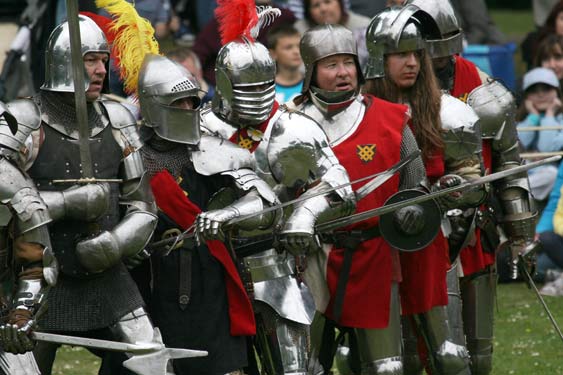 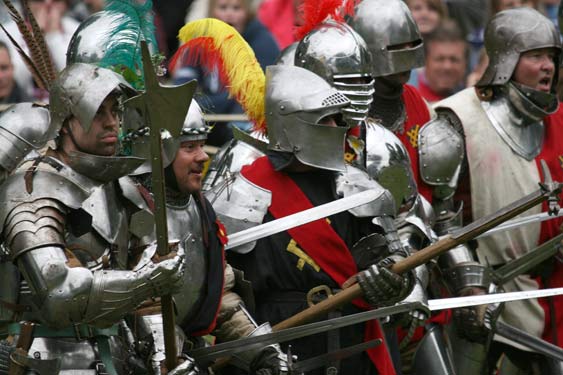 When I envisioned a siege Event at Arundel Castle many years ago, I could never have truly foreseen how successful it would be. The Company of Saint Barbara spent three days blasting at the walls from their well fortified siege encampment, and never have I seen such a group of folk enjoy their work so much! Powder happy the lot of them! The British Plate Armour Society added to the ranks of Raven Tor�s FitzAlan Household to engage in some excellent fighting and skirmishing over a very busy weekend�and just how many times did Papa Labelle change sides?! At least he was heard to shout, by several hundred people, �A York, A York!�, and �For Richard, the One True King!!!� and he calls himself a Lancastrian!

A second year of the giant Welshman getting his leg up so high, who would have thought that was possible� some excellent bruising on Lord Williams thigh, by the Welshman�and some more blood stained cloth for holy relics, by the Welshman! Some very impressive archery�justice was served young Bootstrap�and some very impressive facial injuries which I am sure will only enhance young Pixies good looks. Some top cooking and onions by Mistress Morag, who seems to have an ever growing work force, and keeps Papa Labelle out of mischief, most of the time.

My thanks to ALL those who made it such a memorable and fun event. My ears are still ringing with the sounds of canon fire, my throat still sore from the laughter, and mind full of ideas for next year.