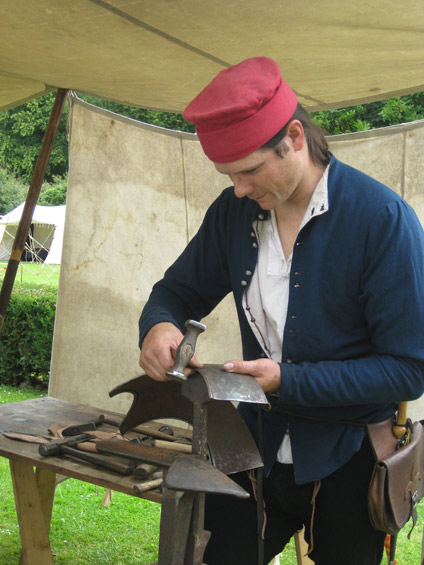 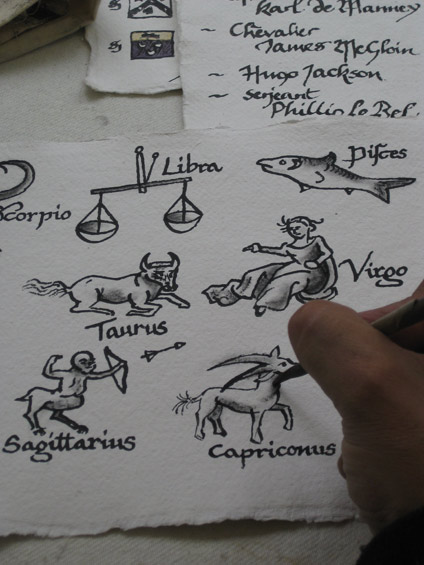 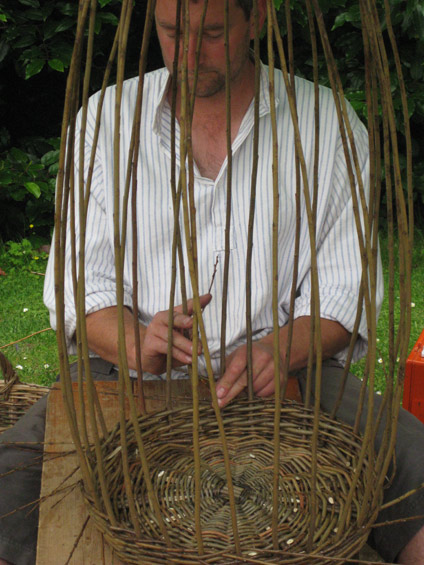 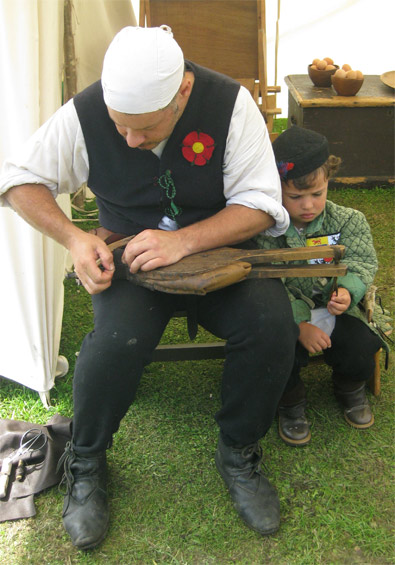 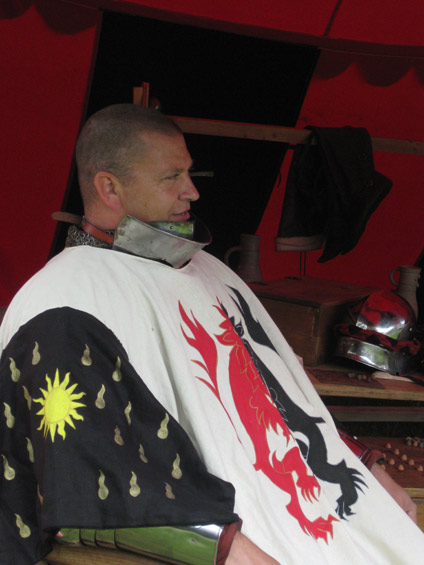 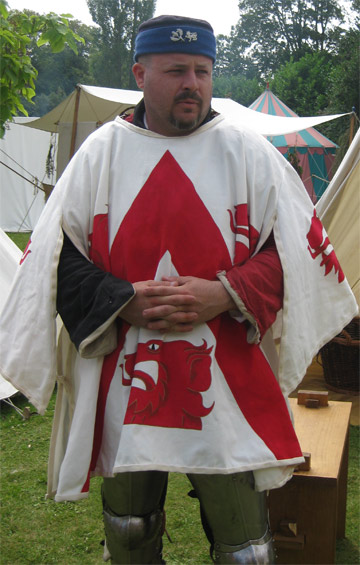 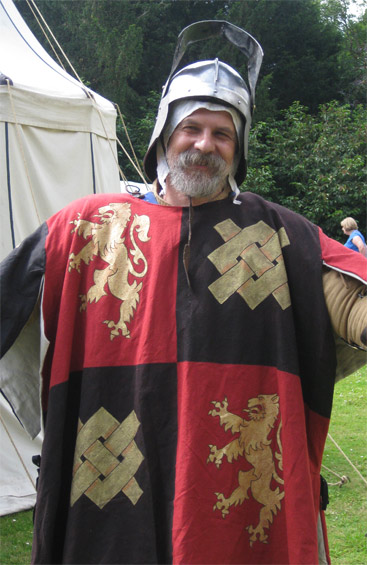 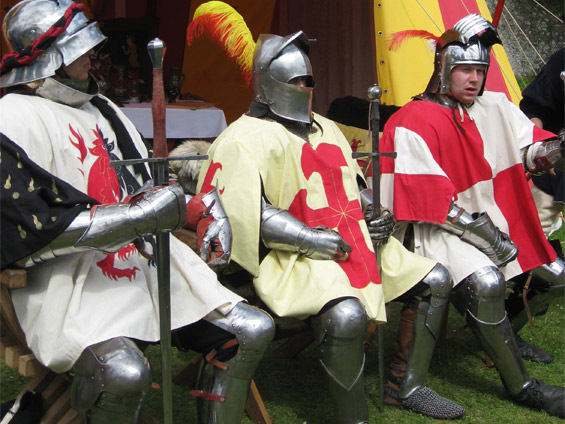 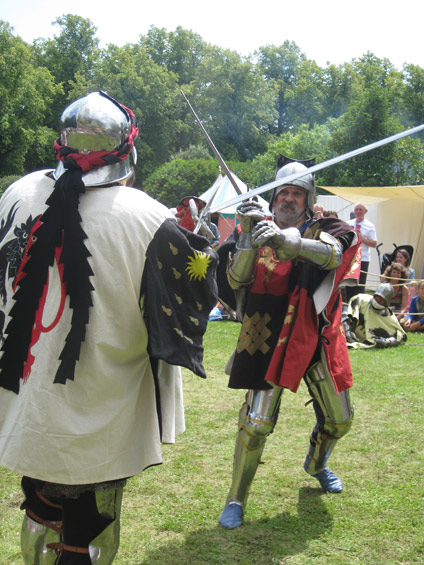 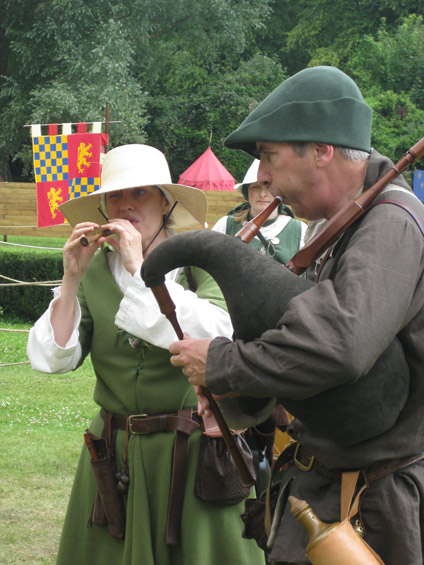 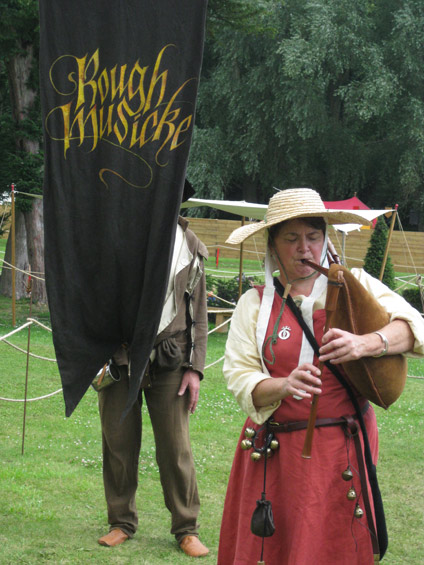 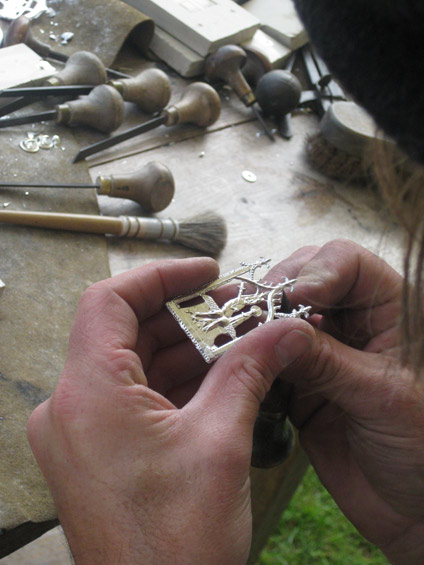 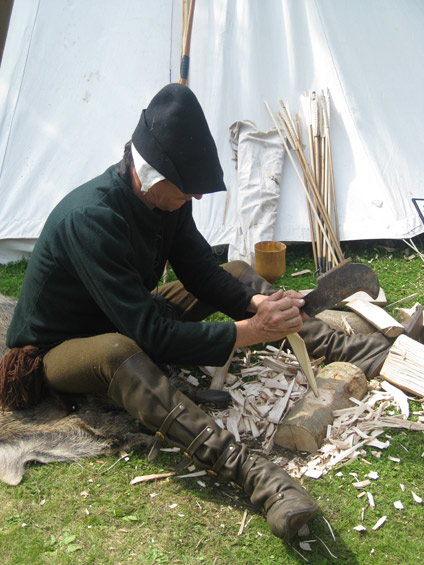 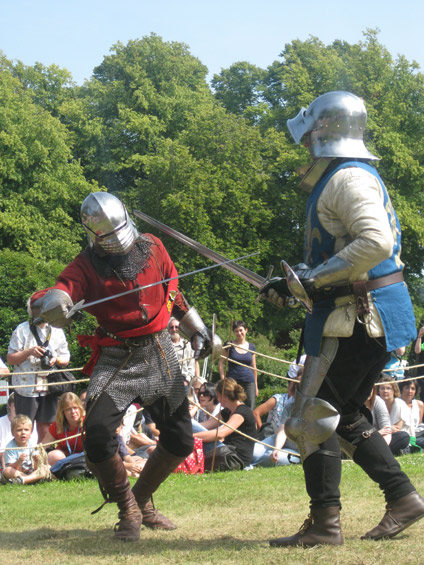 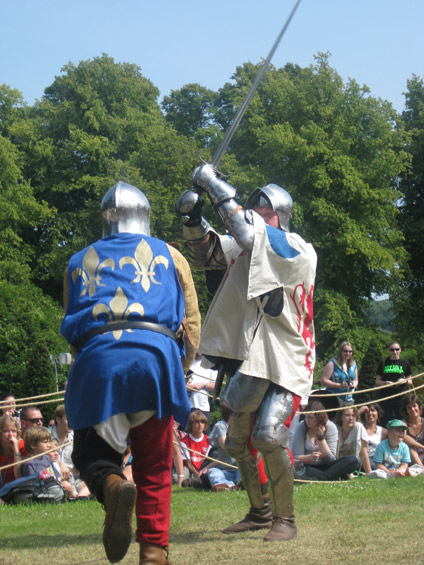 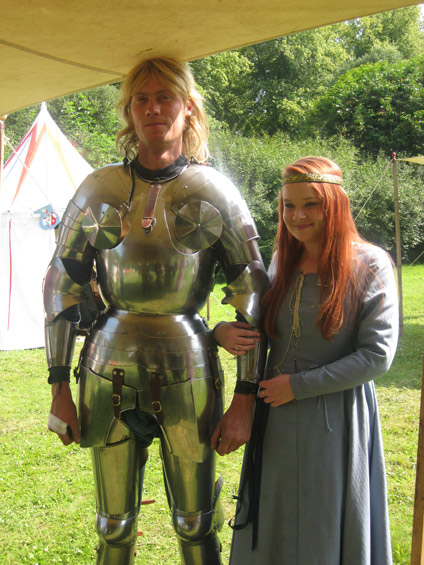 Well this event just gets bigger and bigger, and the fights and joust gets better and better. Teams from France and England competed over this 6 day event which was very well attended by the public, and which bulged at the seams with the amount of tents we managed to squeeze in.

With broken swords, dented armour, and some very hard fighting, England won the Knights Tournament, and France the individual contest. In the Joust England rode to victory in both team and individual contests, something I think the French will not forget next year.

New to this year were the musicians of Roughe Musike, a truly excellent addition both in sound, presentation and encampment. I look forward to being able to invite them back for next year

My thanks to all those who additionally supported this event, especially Kevin from Plessis Armour (yes, you can have a pitch not in the glaring sun), Keith from Distant Trumpets (a mammoth effort of tales of daring do over 6 days), Colin from Lionheart Replicas, John, The Underwood�s Man, and Neil from Forest Hogs.

Special thanks to Mistress Morag and to Papa Labelle for feeding both encampments this year. A truly impressive task, especially with the amount of washing up they had to do!