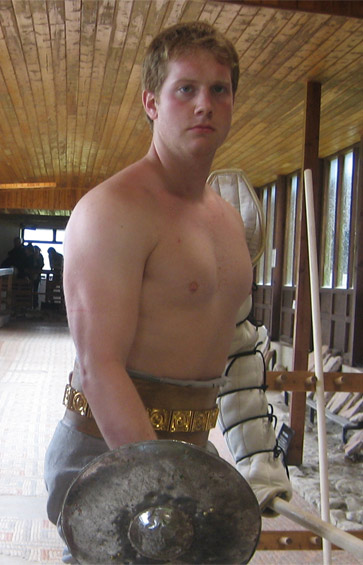 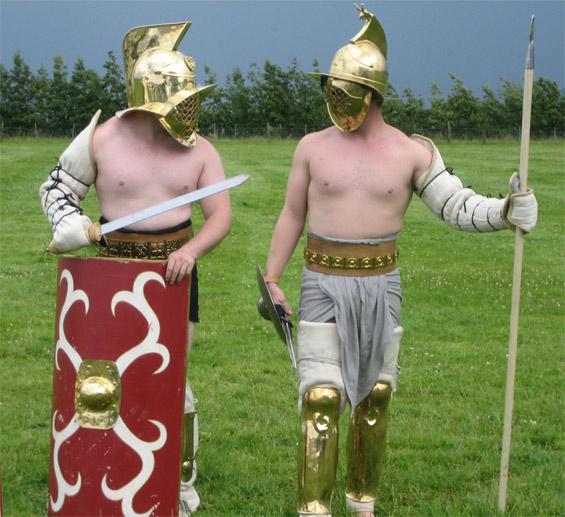 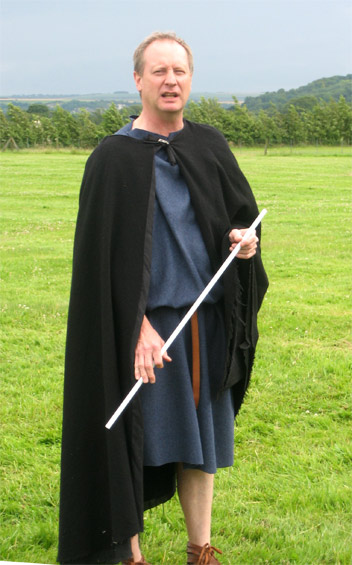 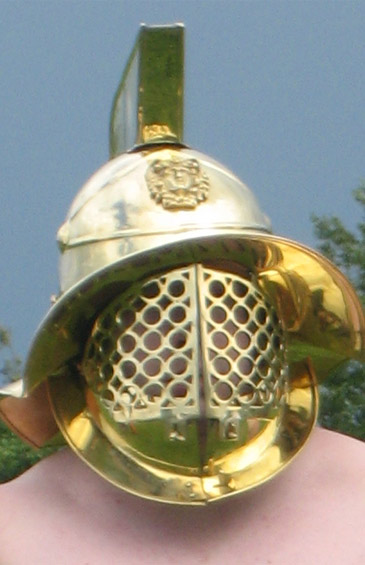 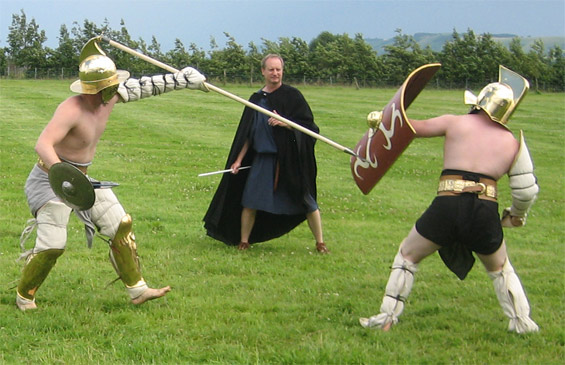 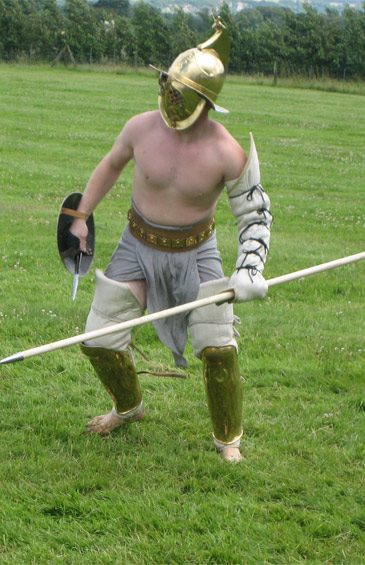 Raven Tor has always been a multi-period Living History Group, and although we tend to specialise in three main areas, the 12th, 15th and 18th centuries, members have many other historical interests. John and James McGloin had been researching the Roman gladiatorial contests of the 2-3rd centuries, and having completed extensive training, and purchasing replica equipment and armour, had the opportunity to do some fight displays at Bignor Roman Villa in West Sussex.

Bignor Roman Villa celebrated its 300 year anniversary in July of this year, and marked the occasion with a weekend of demonstrations of the villa�s history. John and James, as Ursus Germanicus, a Myrmillo, and Rufus Hibernicus, a Hoplomachus, put on a variety of displays and gladiatorial matches over the weekend (videos of the fights are on You Tube). Their father Paul, acting as Lanista (Trainer) and Summa Rudis (Senior Referee) provided the commentary and history of the characters, games and fights, which added to the whole event.

Both men are to be congratulated on not only putting on some excellent fight demonstrations, but for their depth of research and the level of authenticity in presentation that they achieved. Feedback from the Villa, and audience, was all so positive it is hoped that, with work and University commitments allowing, further demonstrations can be done next year.