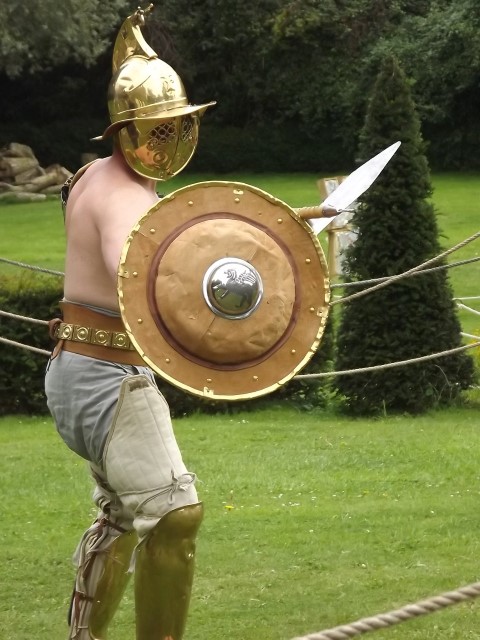 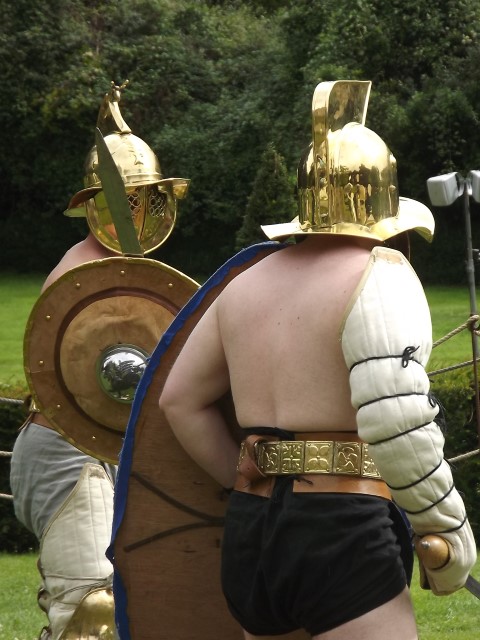 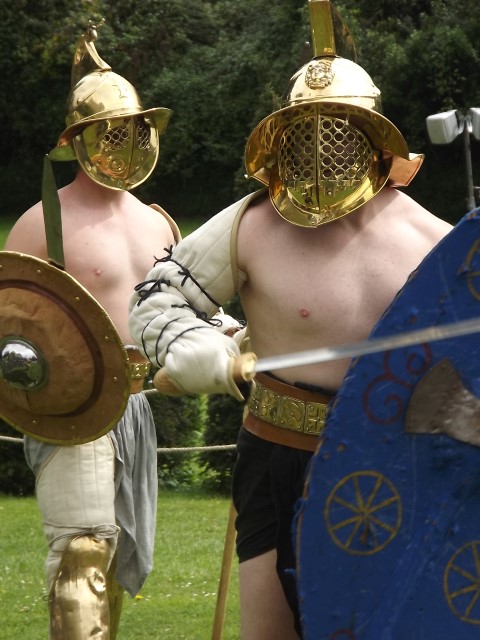 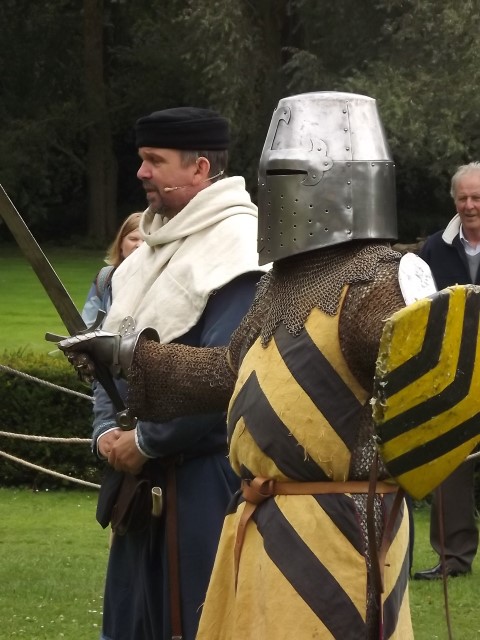 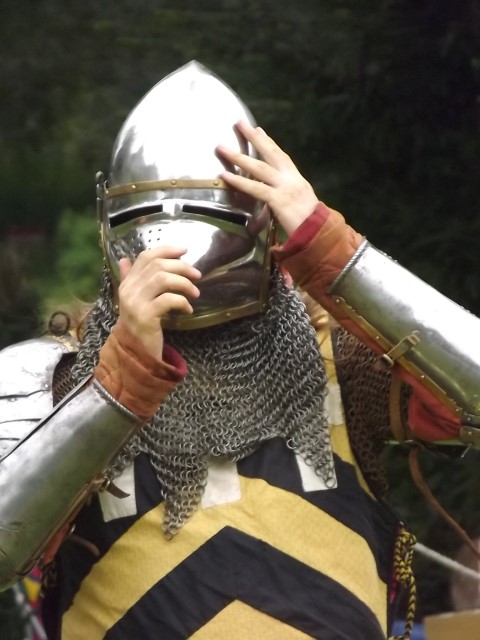 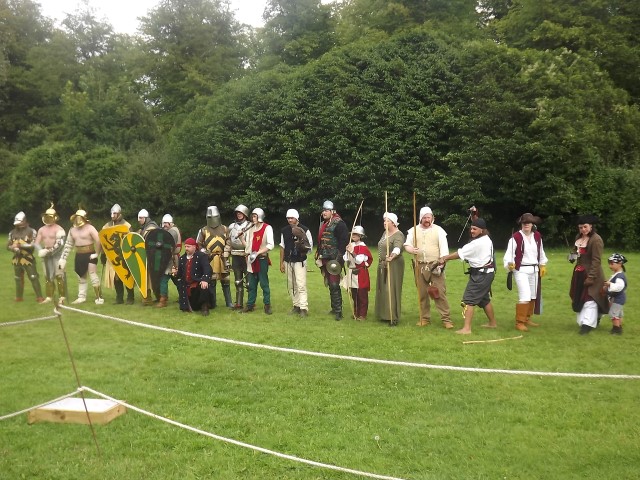 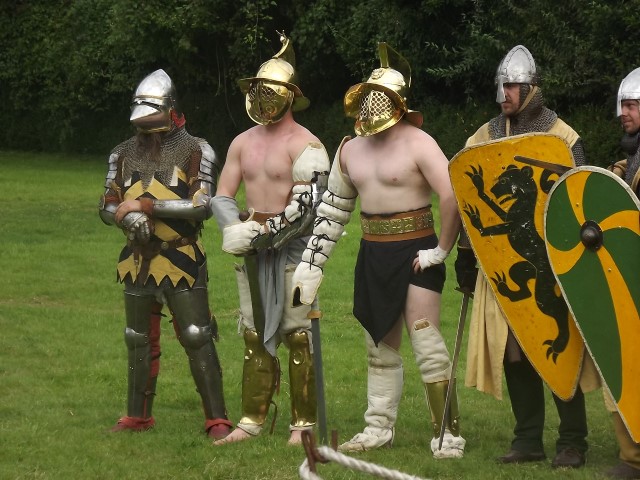 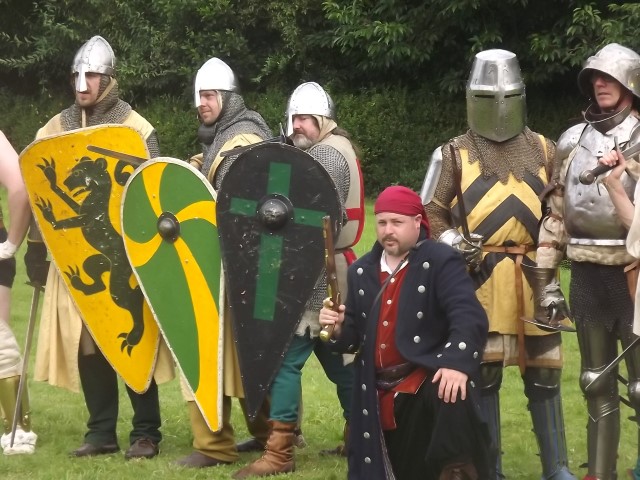 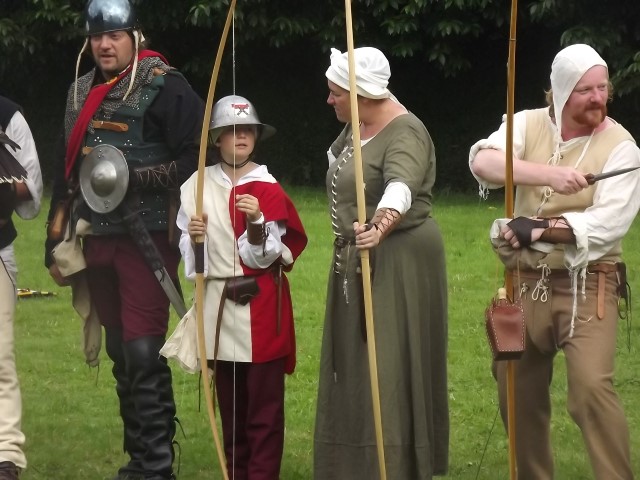 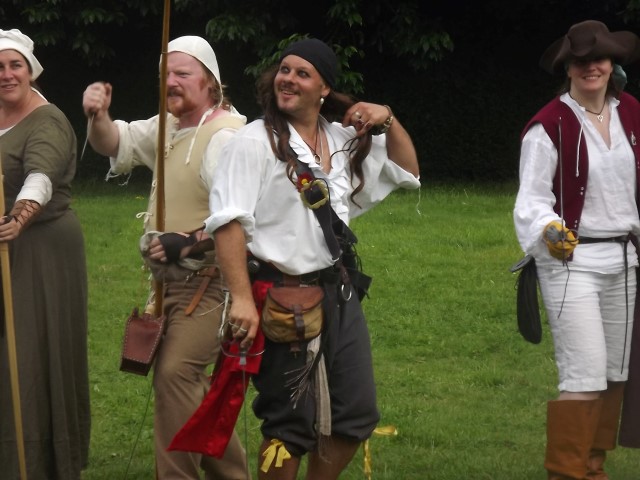 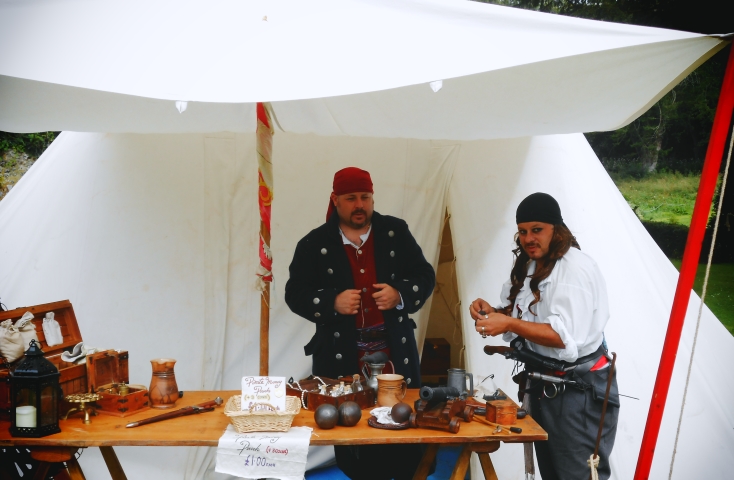 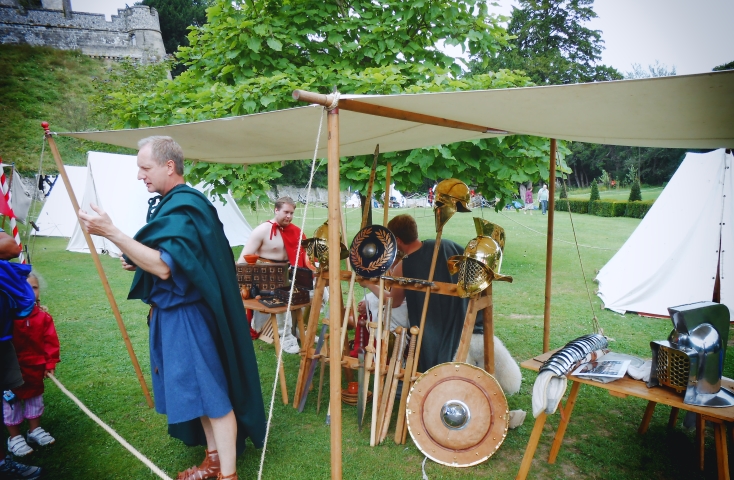 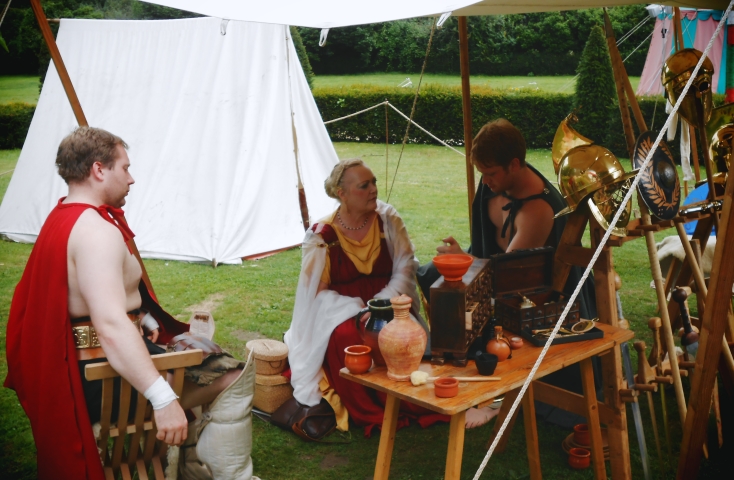 Raven Tor members have a wide range of historical interests spanning from the Roman Period right through to WW2 and rarely do we get an opportunity to show more than one period at the same time and in the same place. This event enabled group members to show their favourite period, and what they can do display and living history wise.

Our Roman Gladiators Ursus Germanicus, and Rufus Hibernicus (John and James McGloin) put on some superb gladiatorial training and combat displays over the three days, managing to finish off shields and swords in the process, but to great acclaim from audience and group members alike. Sir Peter Le Duc, Squire Matthew and Sergeants Mark and Andrew did some excellent displays representing the 12th century, the de Manneys did some outstanding swordsmanship portraying the 14th century, and all the archers were on top form under the direction of Captain Richard Hawkins representing the 15th century.

The best encampment award, if we'd had one (we will next year) goes to the Crew of the Mermaid for a superb Smuggler encampment representing the 18th century. Tea, cake and an ice house added to the whole effect. With added displays from Hawking About the whole weekend went really well and was hugely enjoyable. And Mistress Morag had no cooking, and became Nursey for the weekend, not quite feet up as was blooming busy in the Surgeons Awning, but change is as good as a rest.

Well done to Mistress Jane for keeping her sanity and providing a good meal option. Huge thanks to all who attended. Huge success and something we can build on next year.