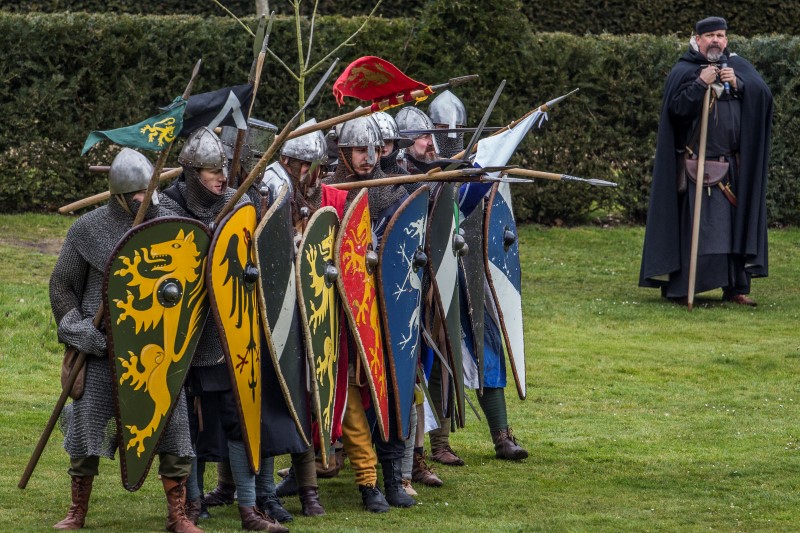 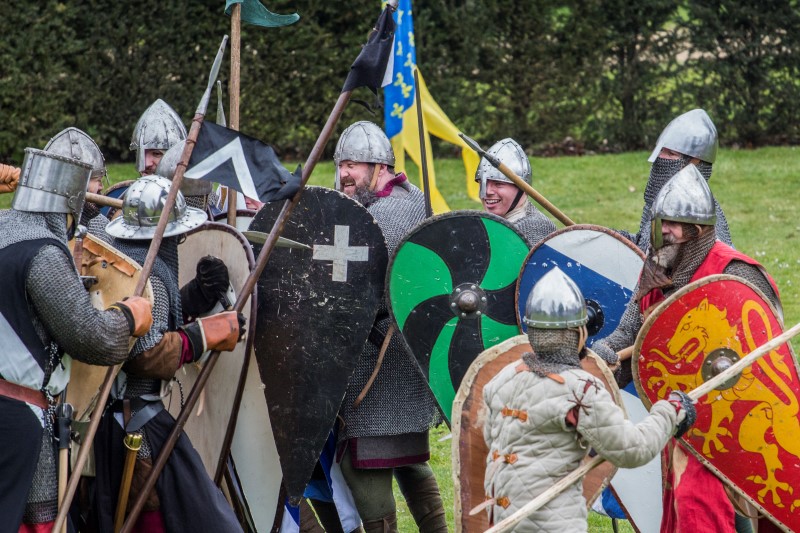 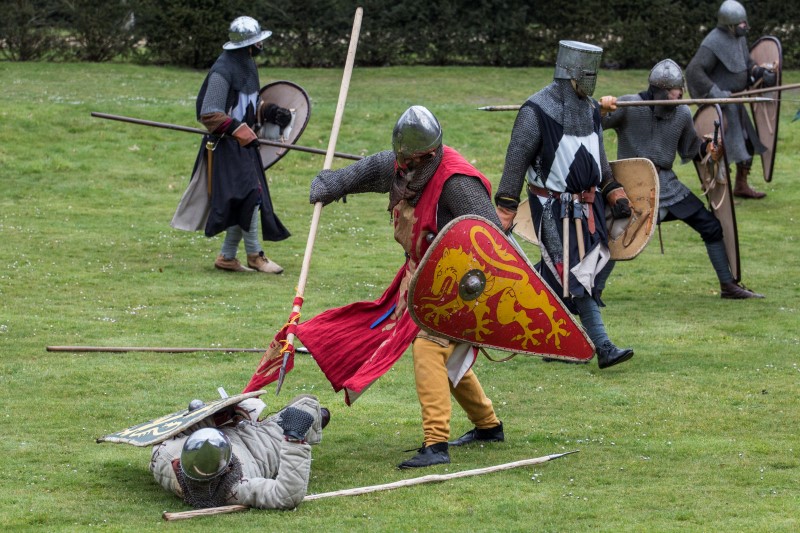 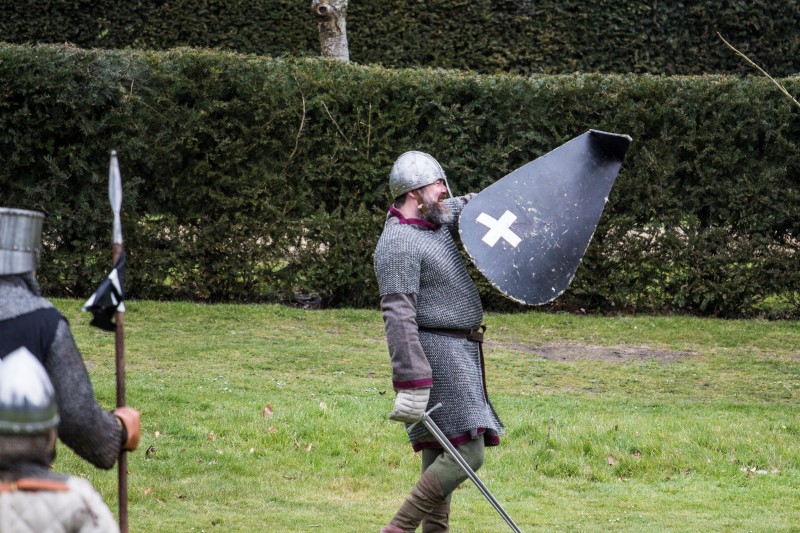 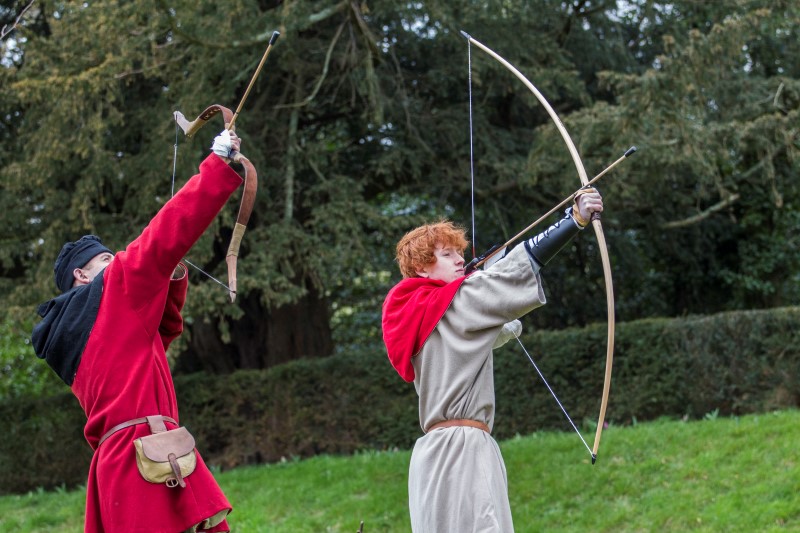 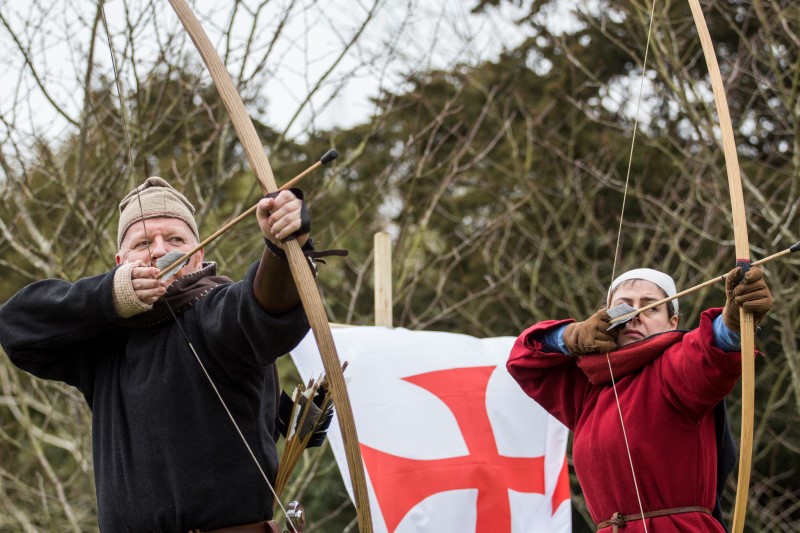 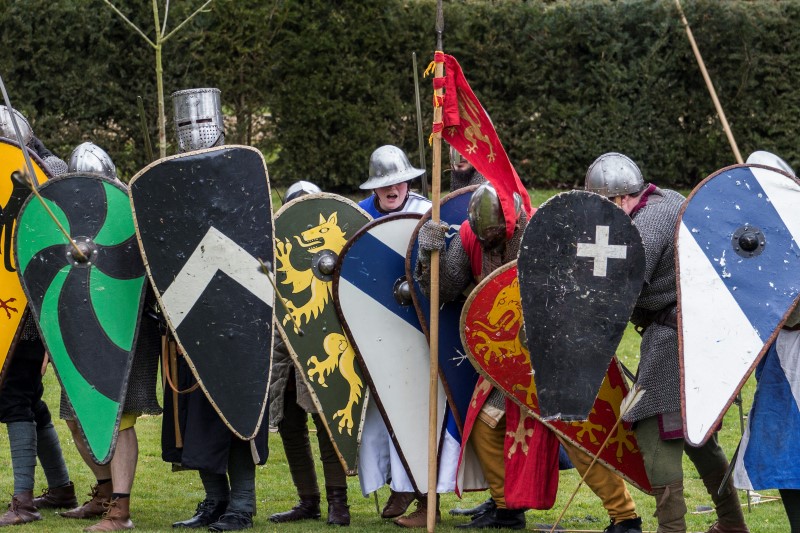 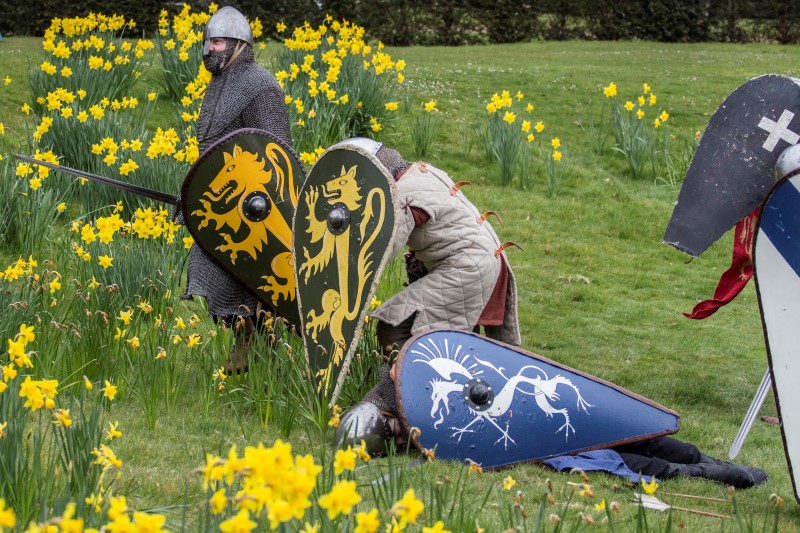 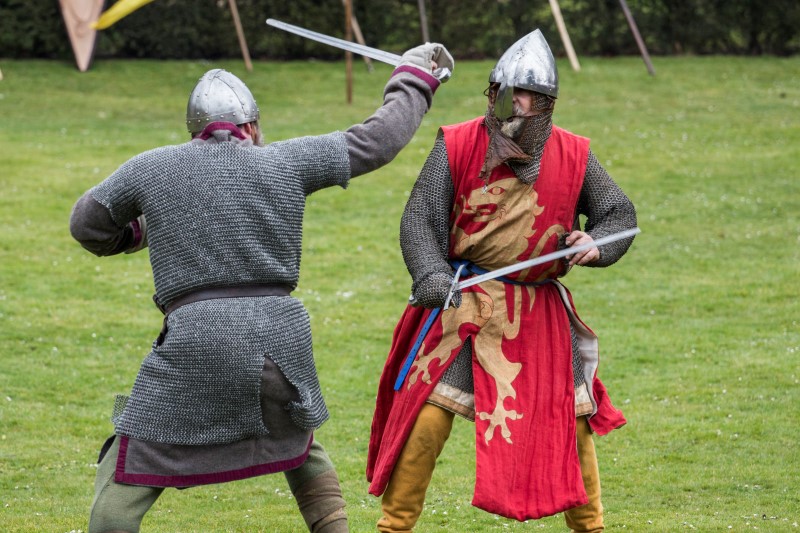 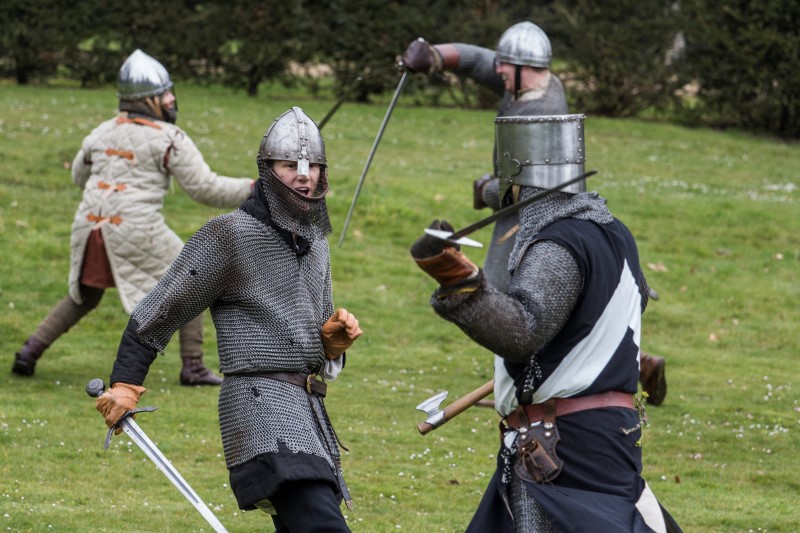 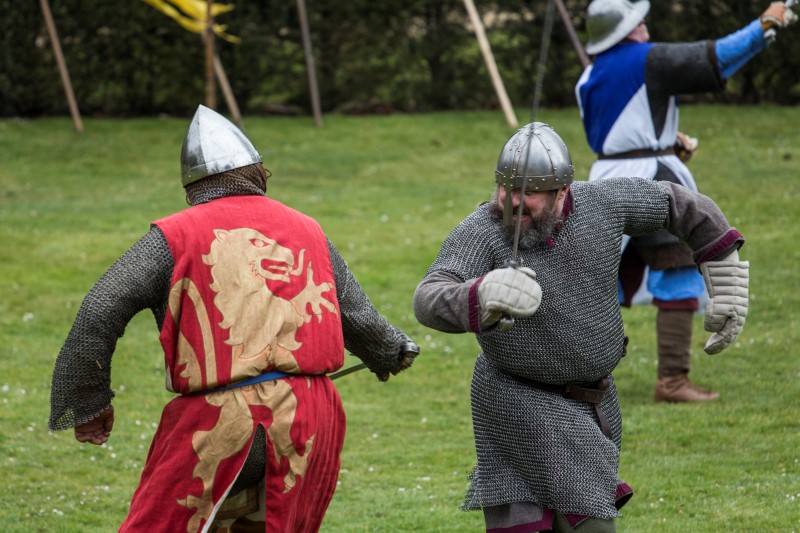 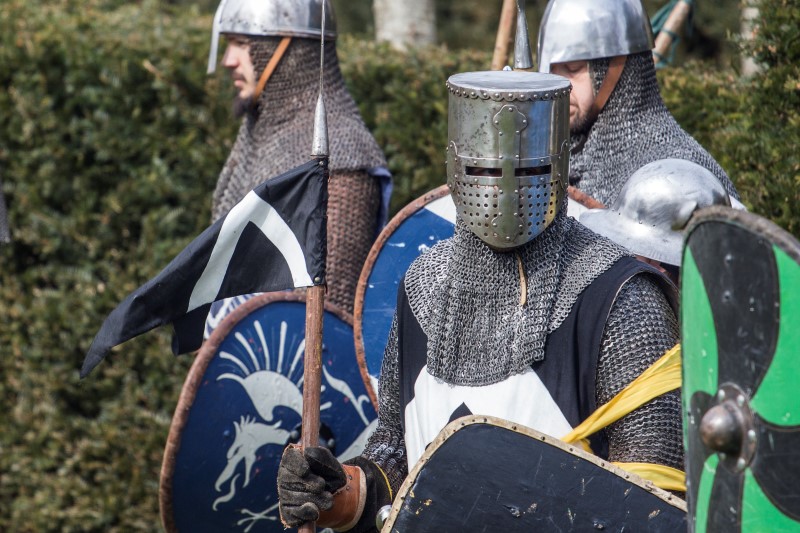 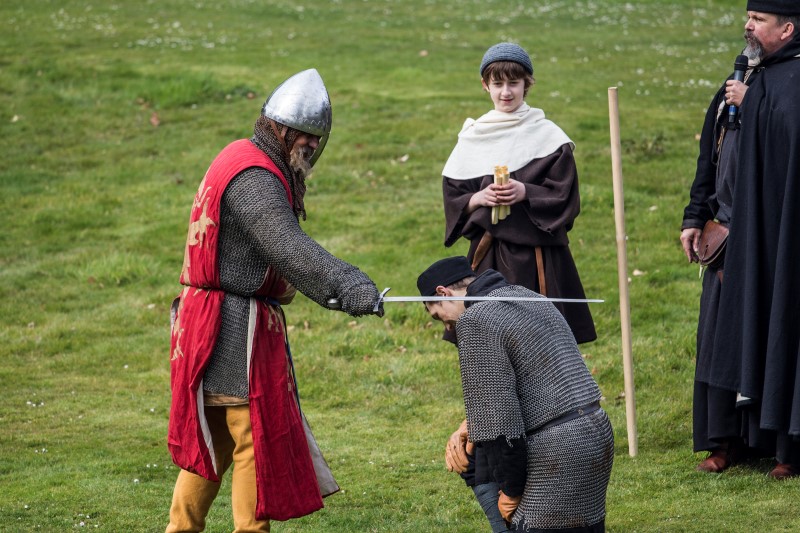 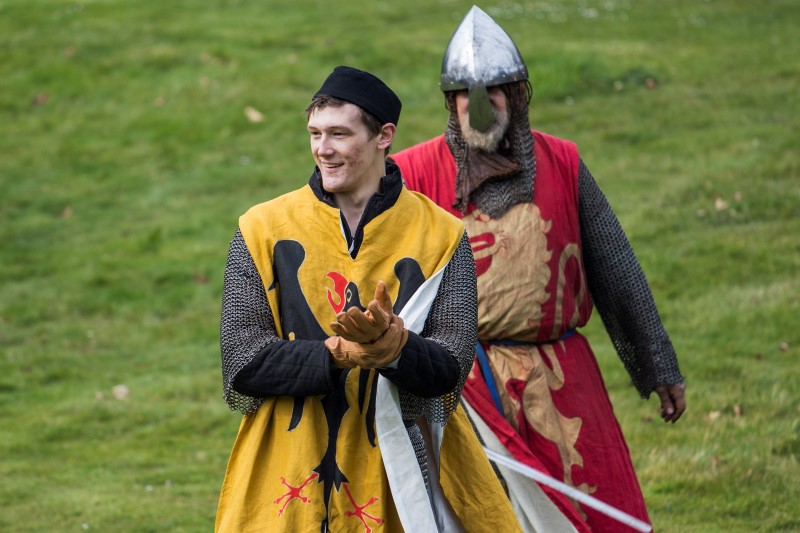 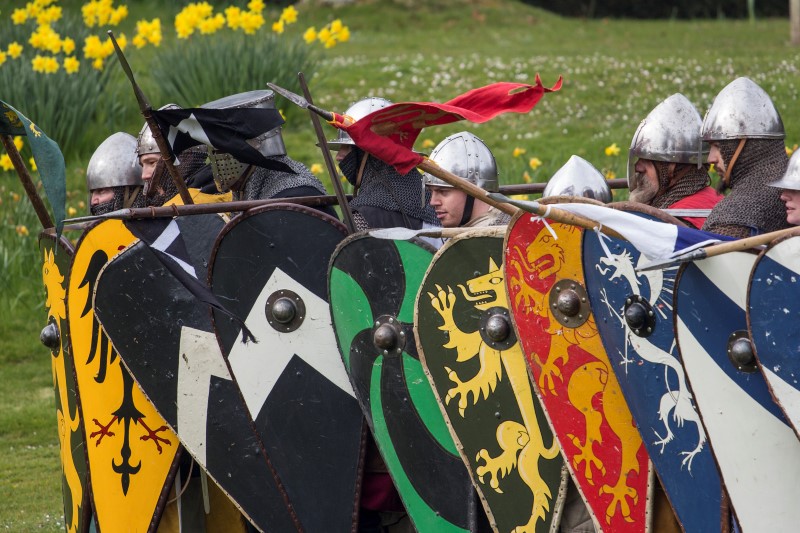 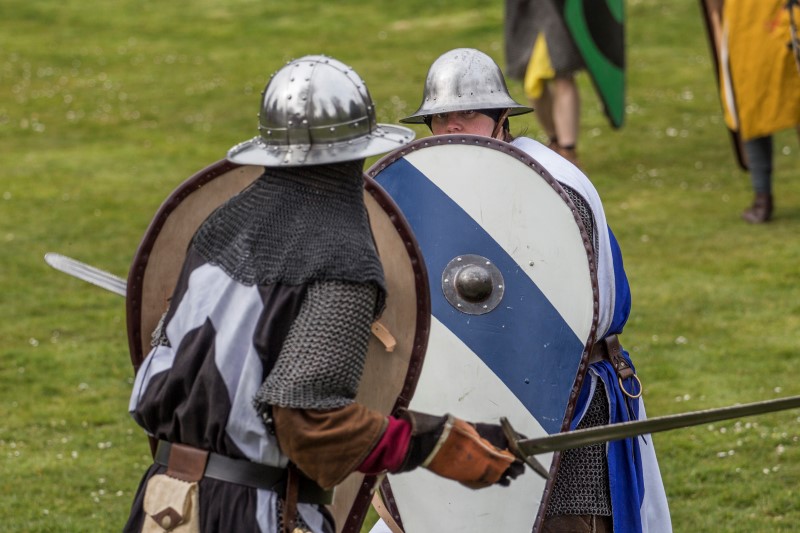 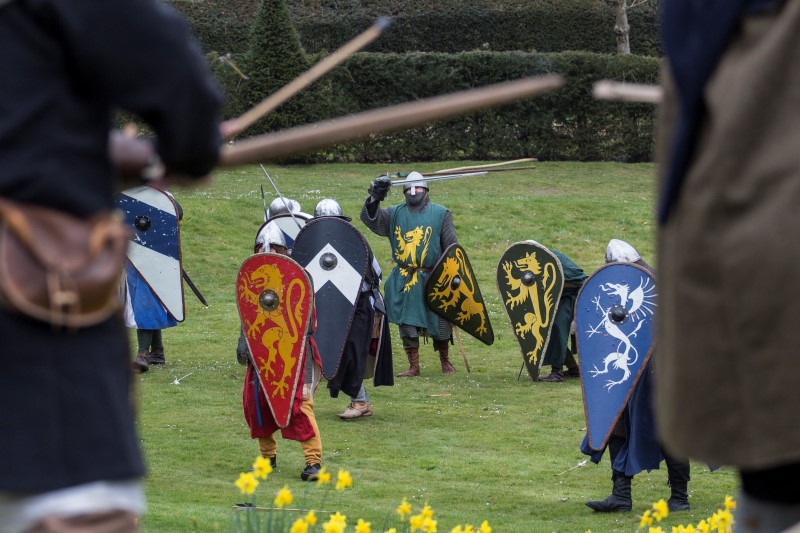 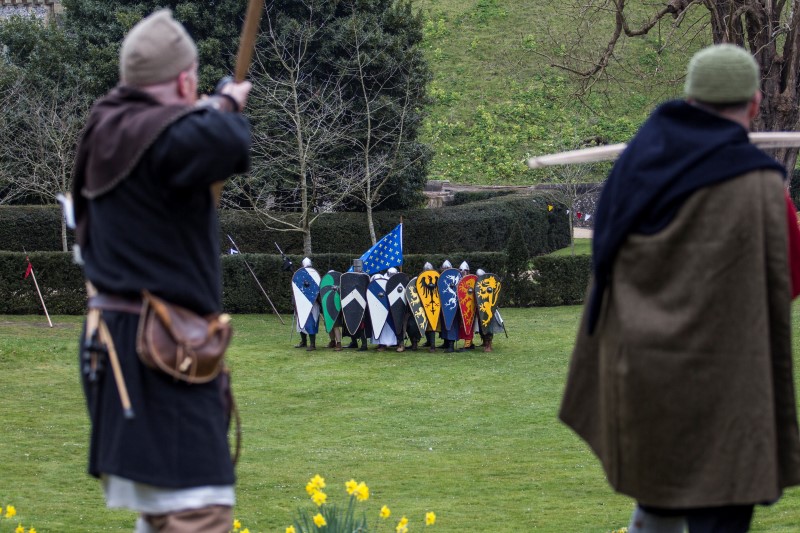 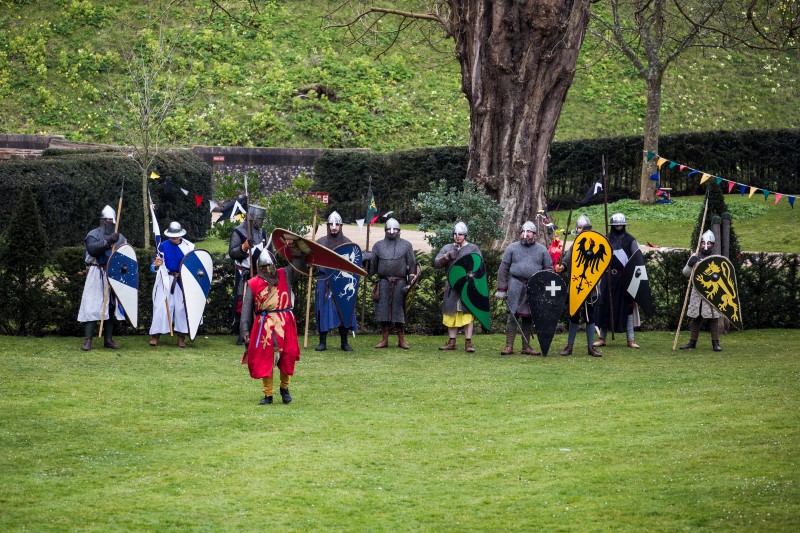 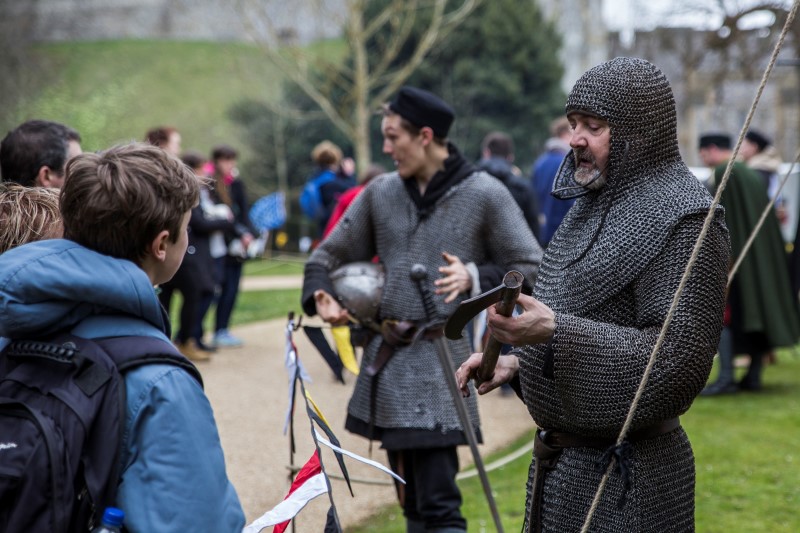 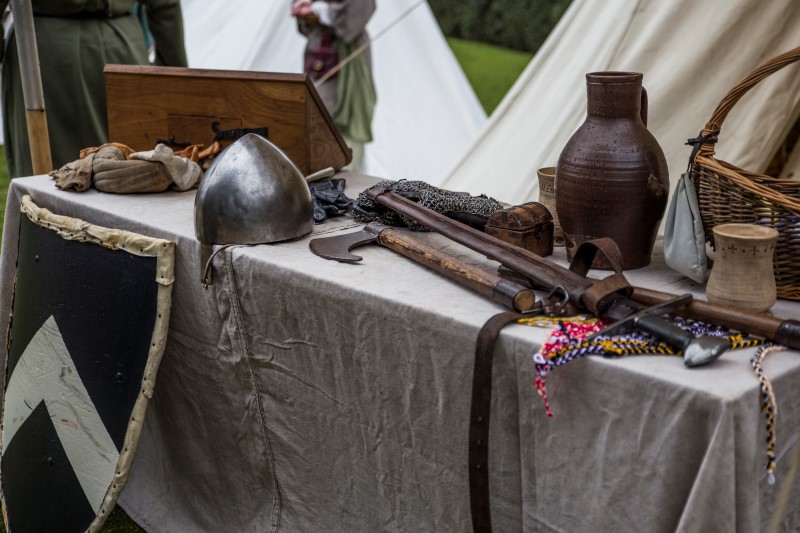 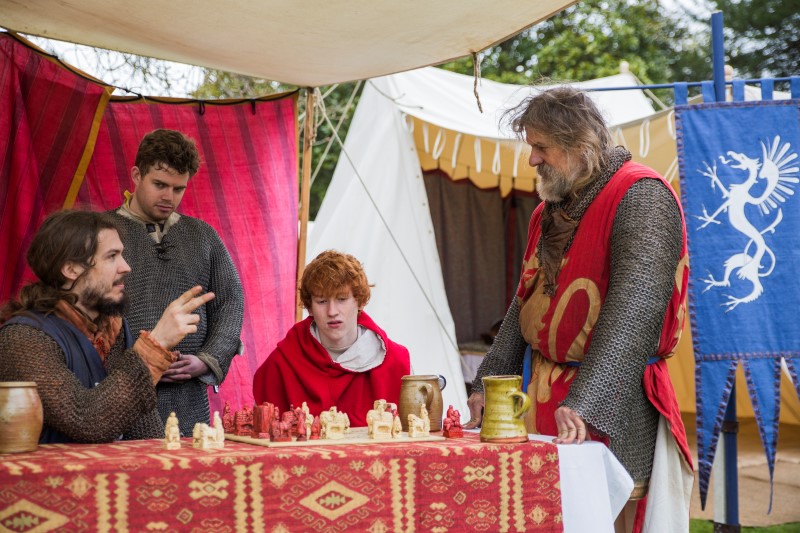 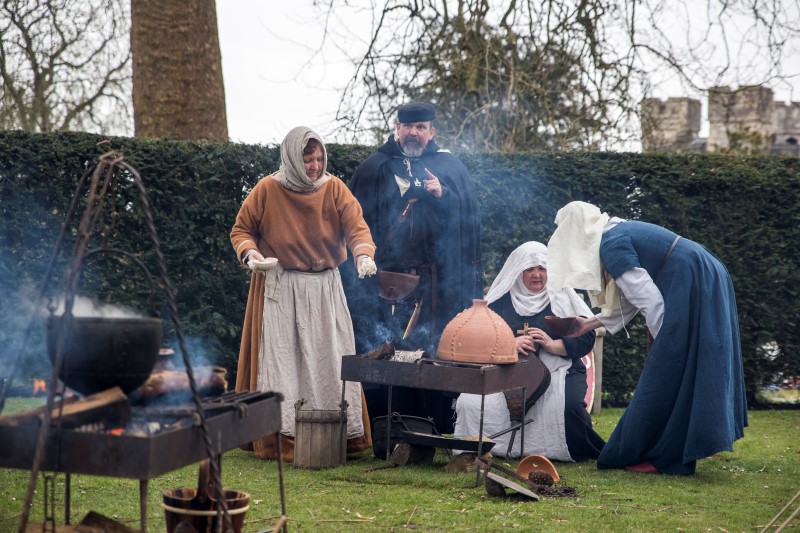 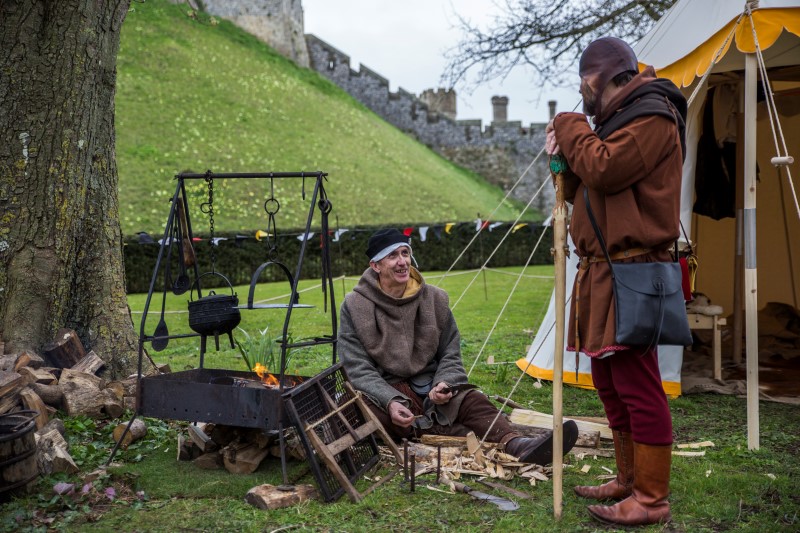 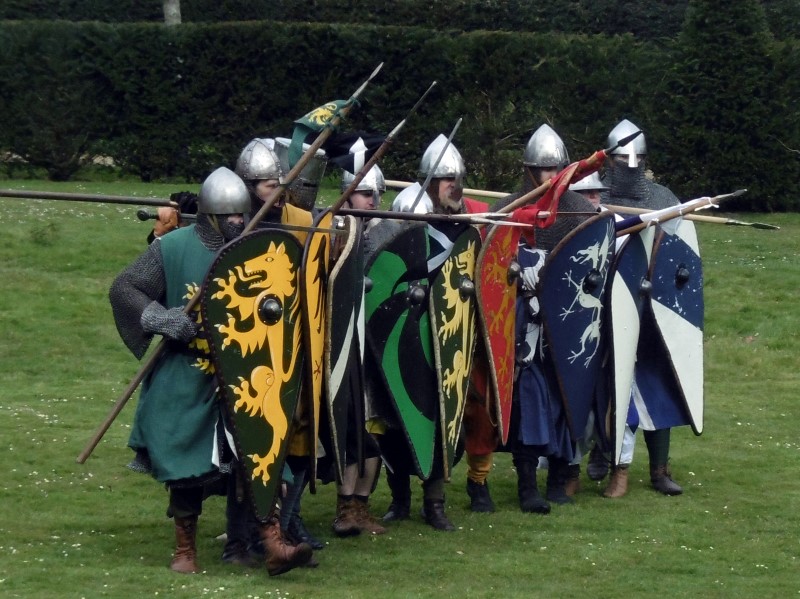 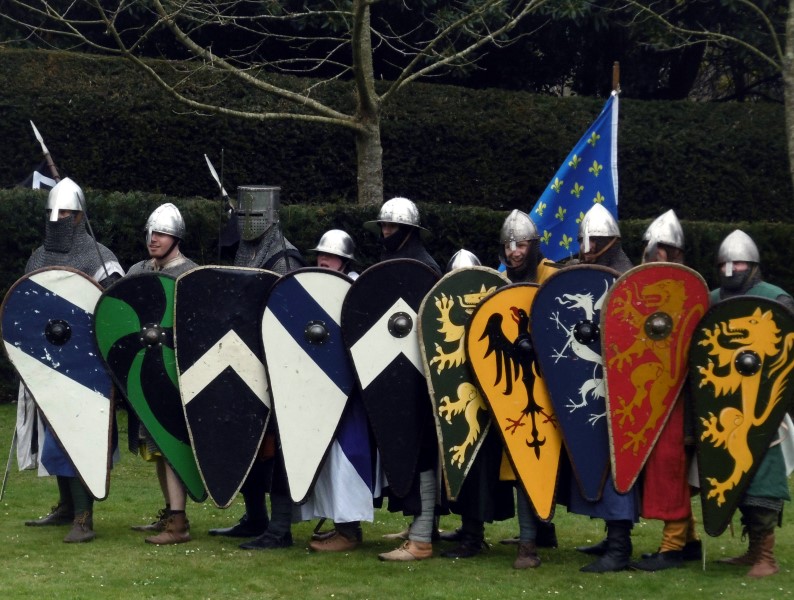 Having set up on Good Friday in glorious sunshine and 16 degrees, we were then dealt with rain, hailstones, torrential winds of Saturday, repeat again Sunday with a named storm Katie hitting the south coast and flattening 90% of the encampment over night, to high winds, blue skies, sun, and just as we were packing up a light shower... a real roller coaster of the elements to be sure. However, the crowds were good all three days, and very appreciative of the effort of standing in a hailstorm and even considering to carry of demonstrating anything let alone fighting... A tremendous effort by everyone present methinks.

Sister Morag, Mistress Jenny and Mistress Fiona were outstanding providing a true feast for the end of Lent on the Saturday, and some fantastic food all three days...a huge thank you ladies. Cheers to young Ben for all the running around and washing up as well.

Congratulations to Pete Dukes for becoming Baron Farenberg, Mark Goble for becoming Baron Brighthelmstone (see their fb profiles for further details), to Andy House and Steven House for being knighted and becoming Andreas von Hausen and Stefan de Bec respectively, and Darren Hawkins for becoming the castle castellan Ricard de Bretaigne (or Posh Totty to several thousand visitors over the weekend)... well deserved recognition gentlemen for all your support, hard work and enthusiasm within the group, much appreciated...

And to everyone else who participated in the event a huge THANK YOU... there was some excellent fighting, archery, craft displays, visitor interaction and above all a real feeling of team work and support (especially resurrecting the encampment on the Monday morning)... your time, effort and support is, as always, greatly appreciated. Cheers all.