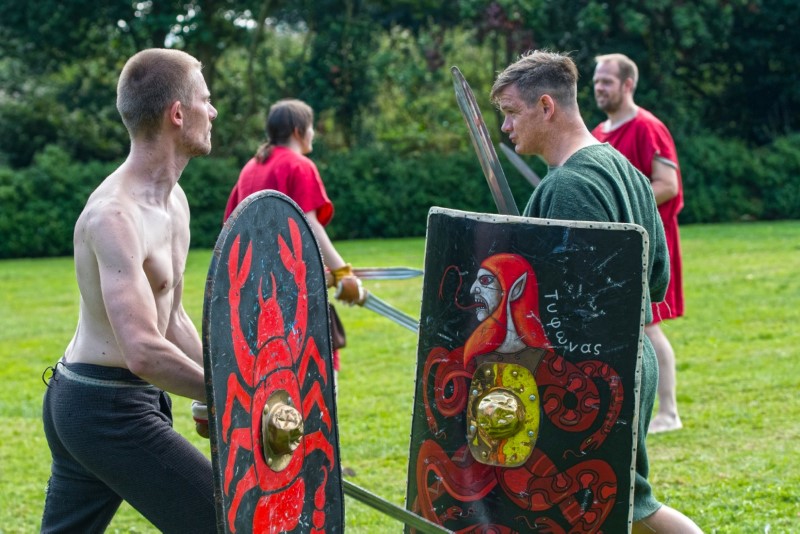 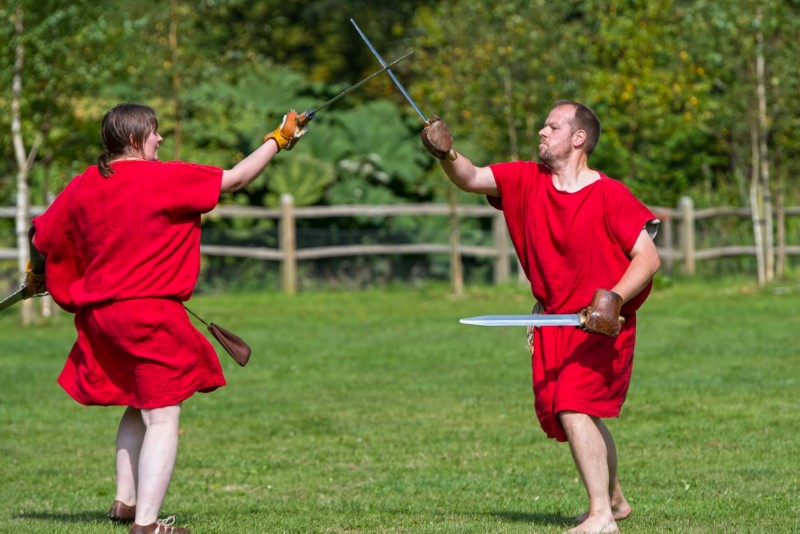 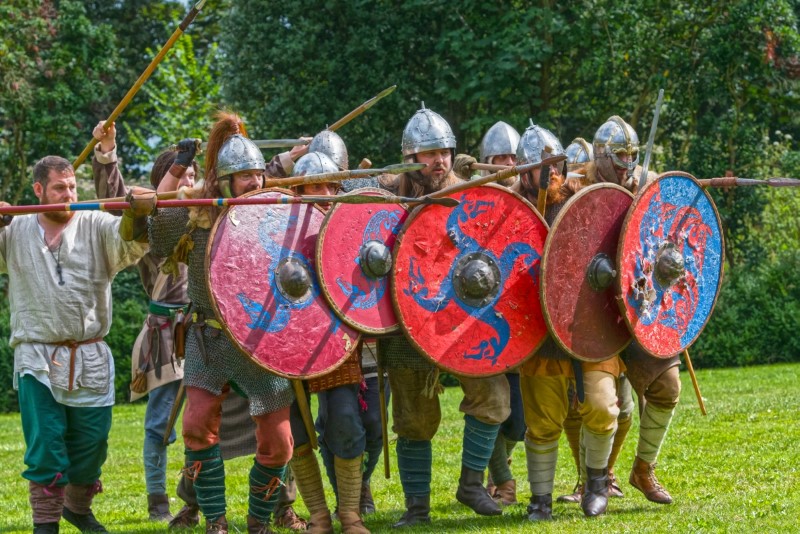 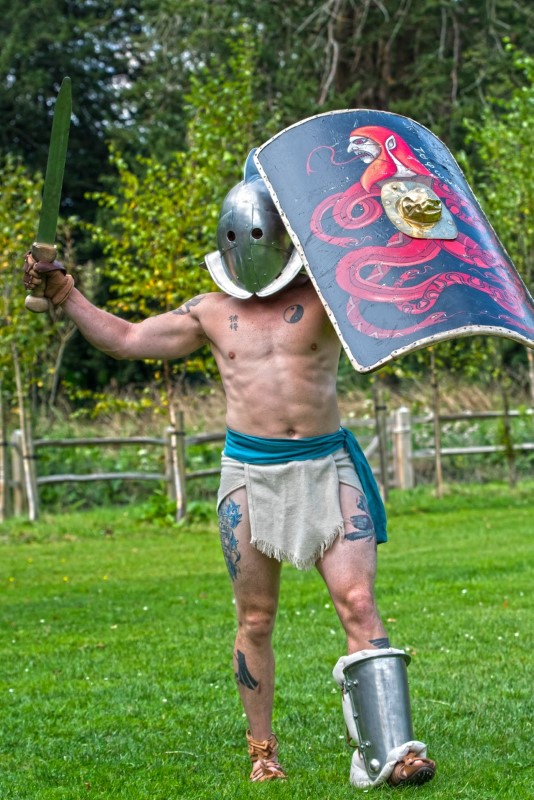 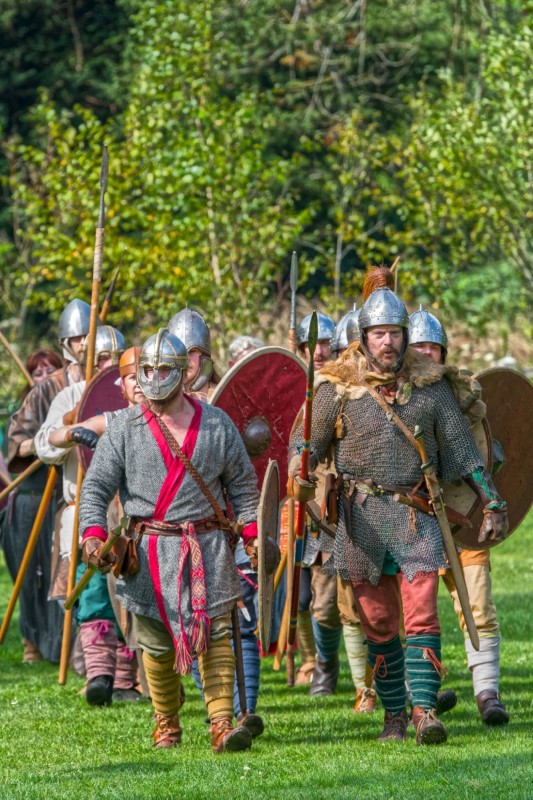 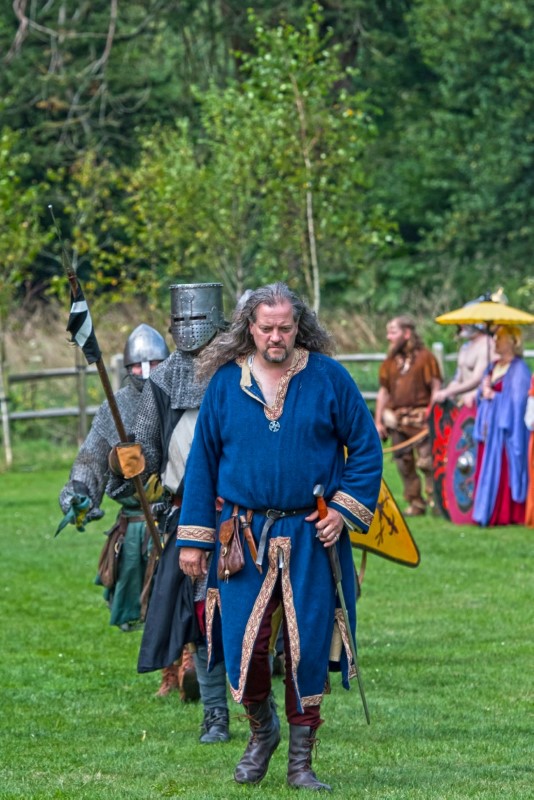 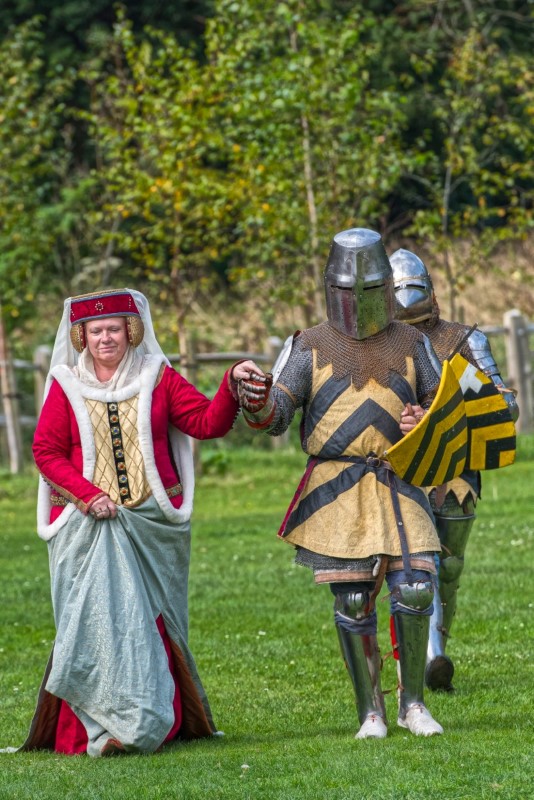 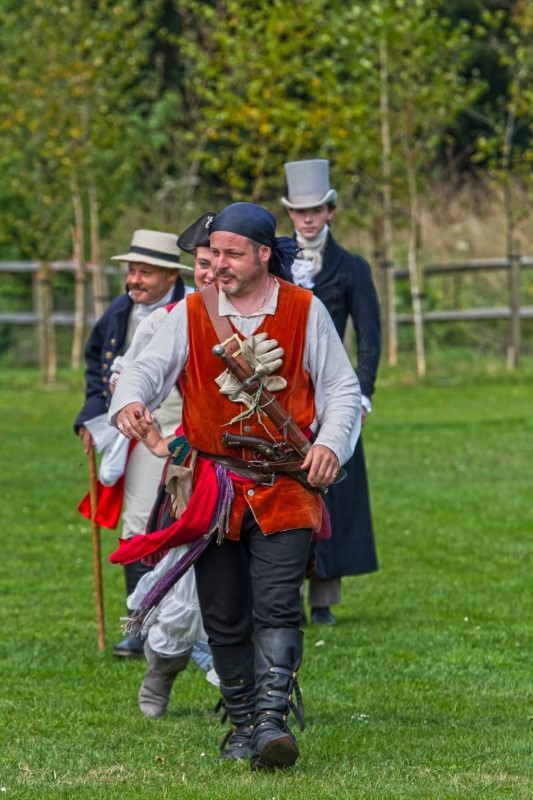 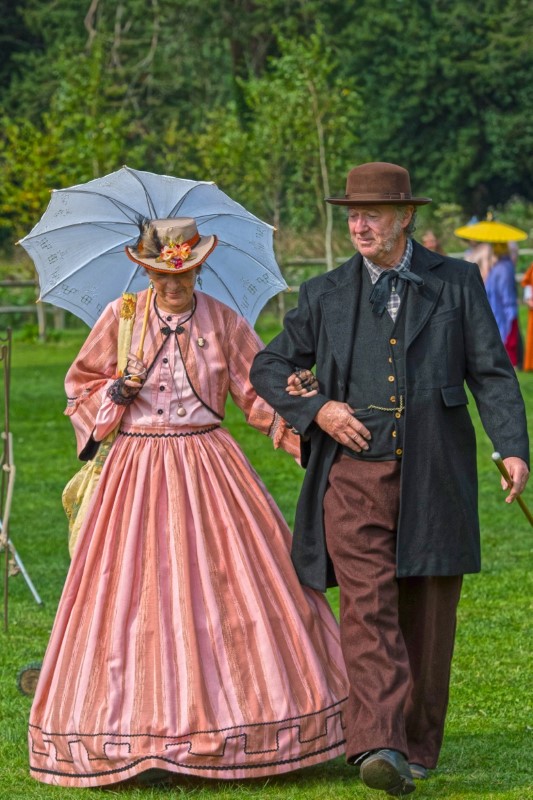 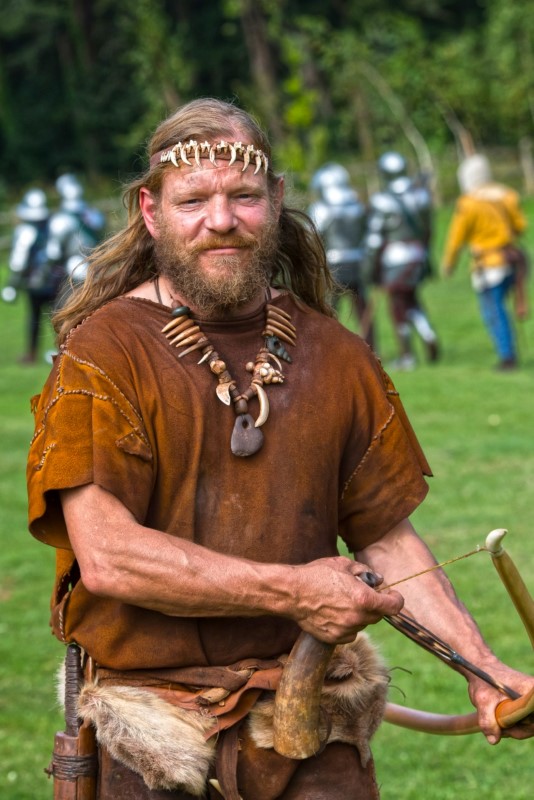 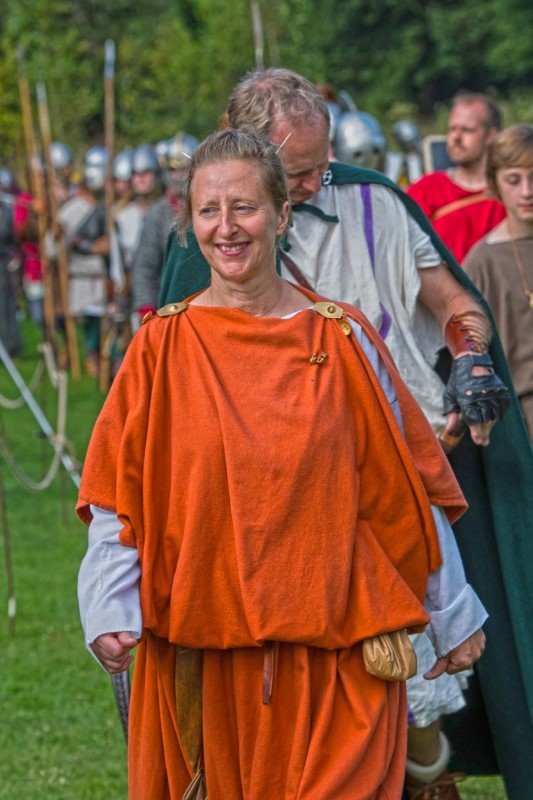 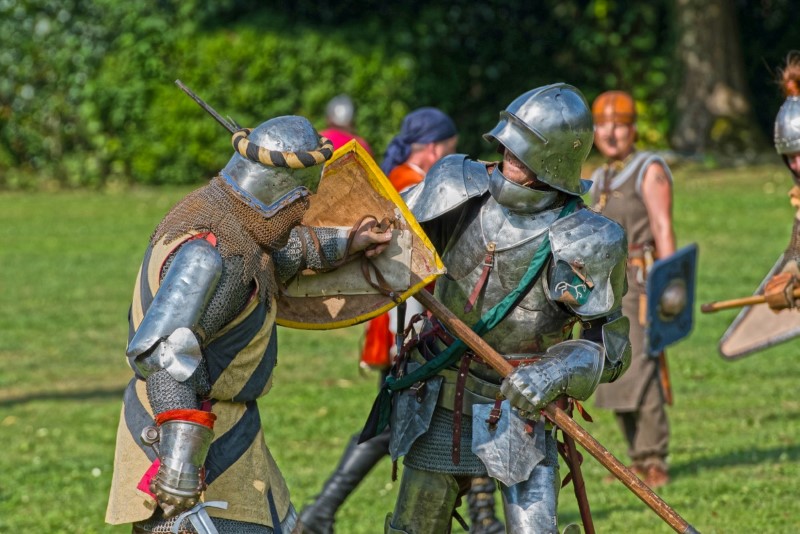 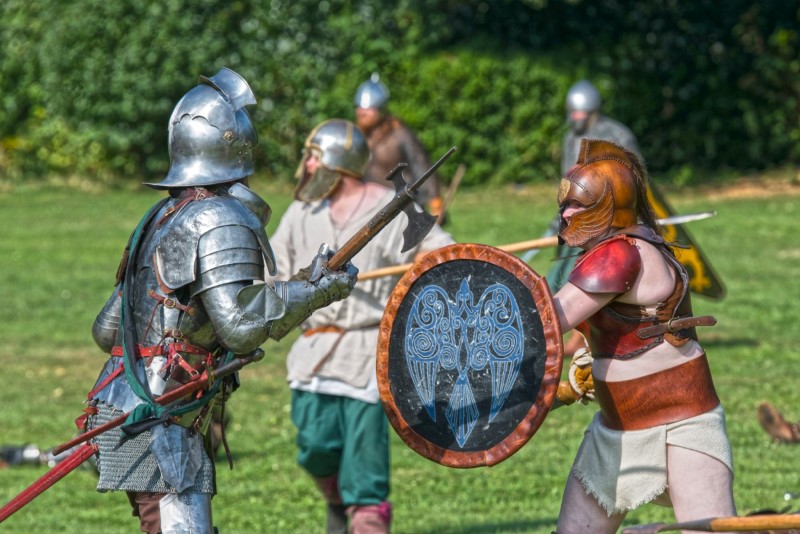 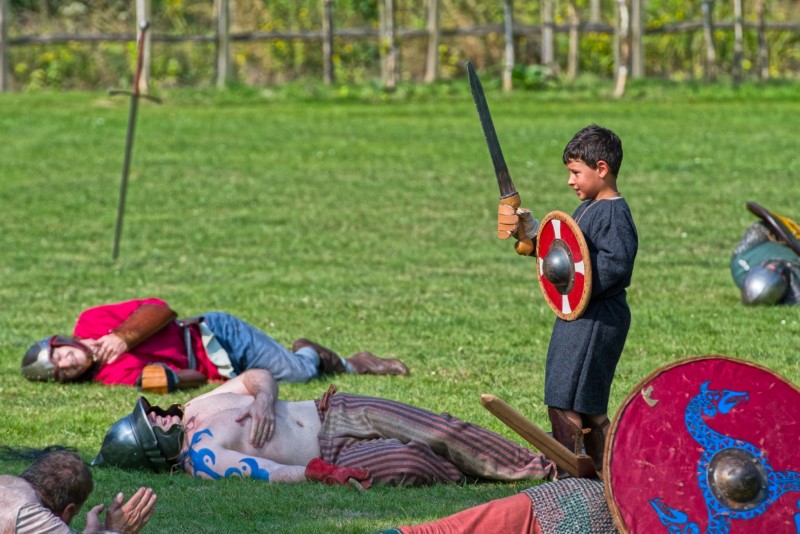 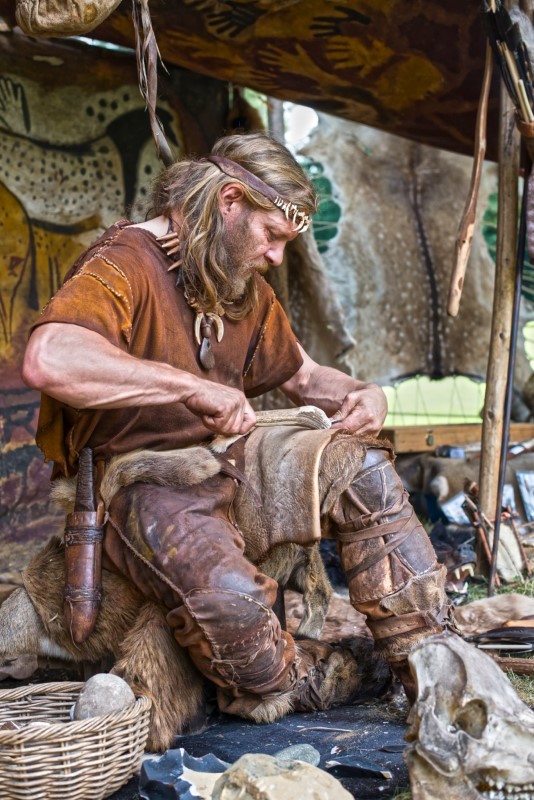 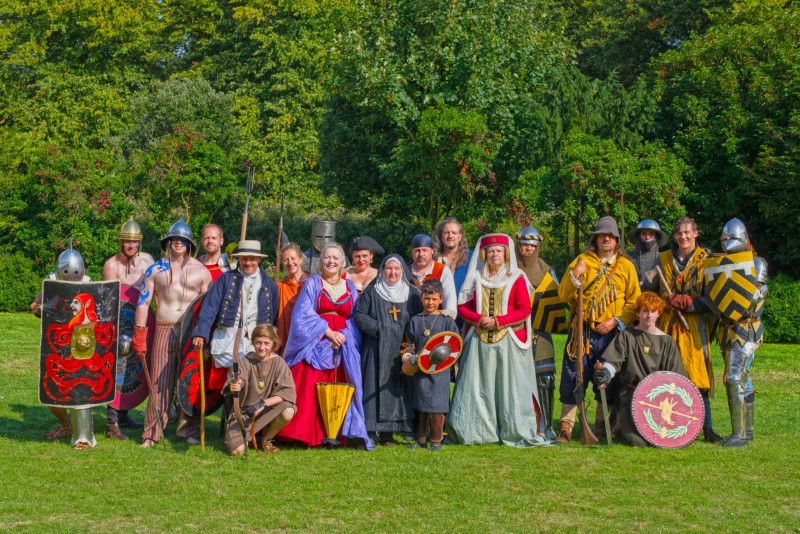 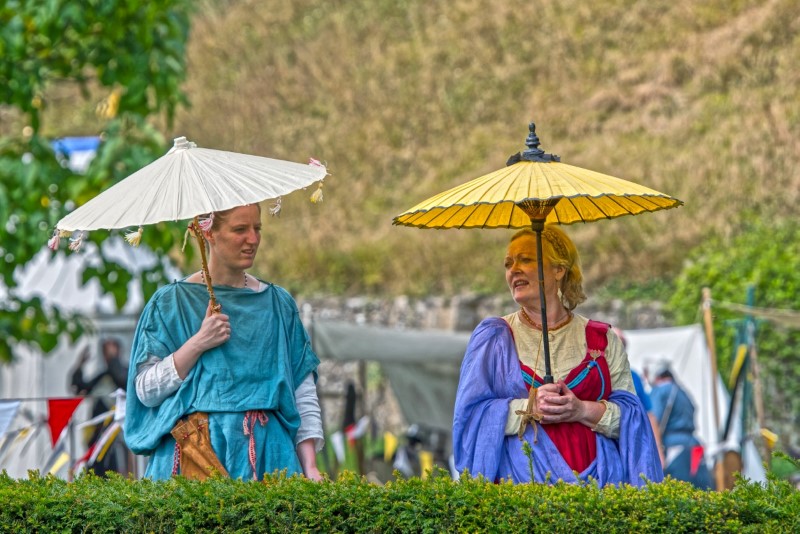 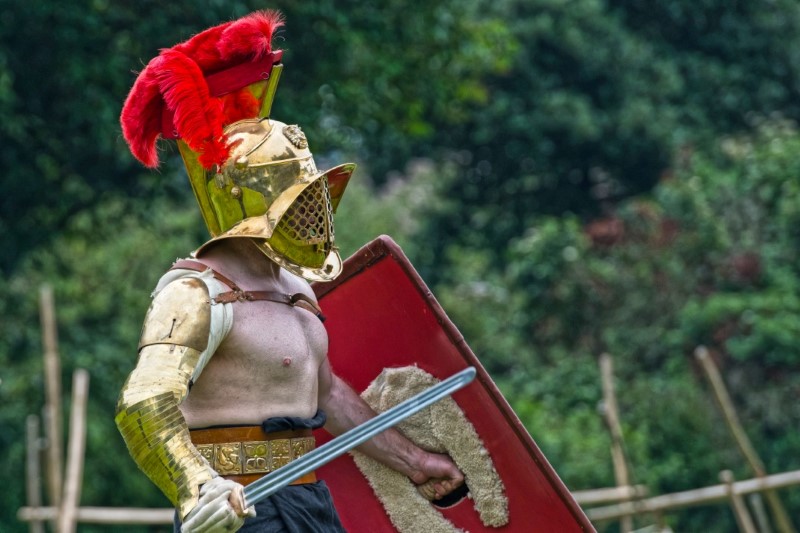 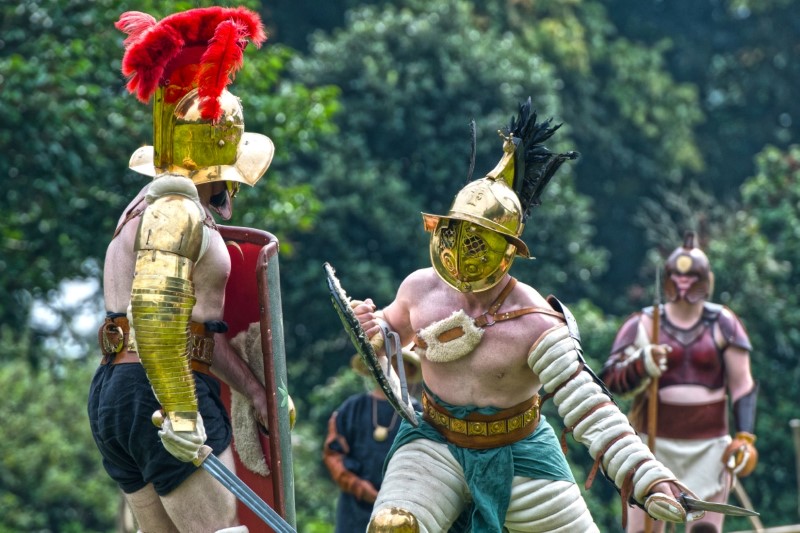 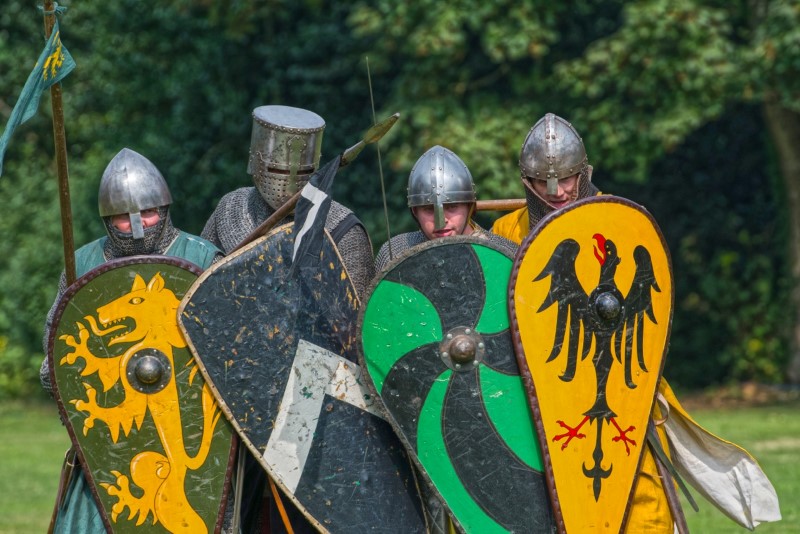 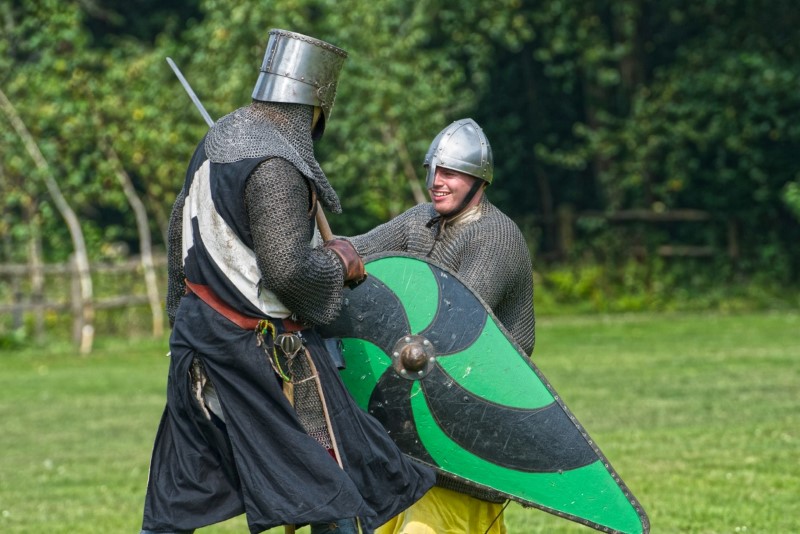 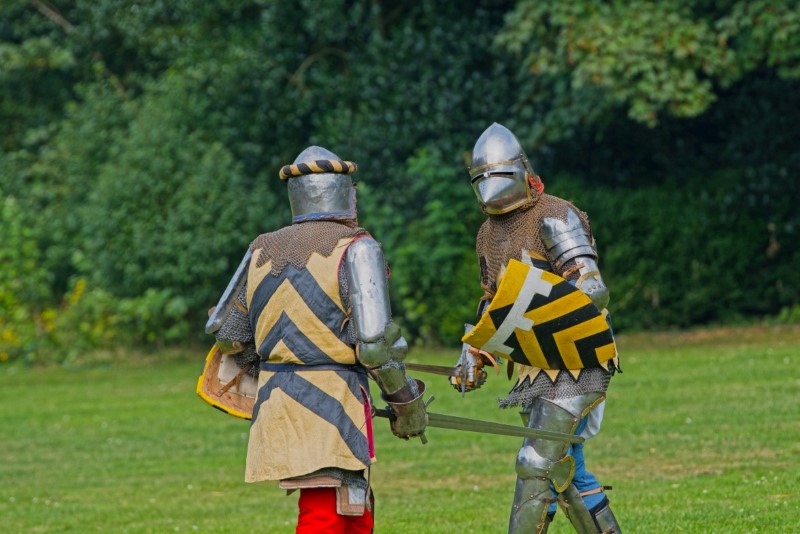 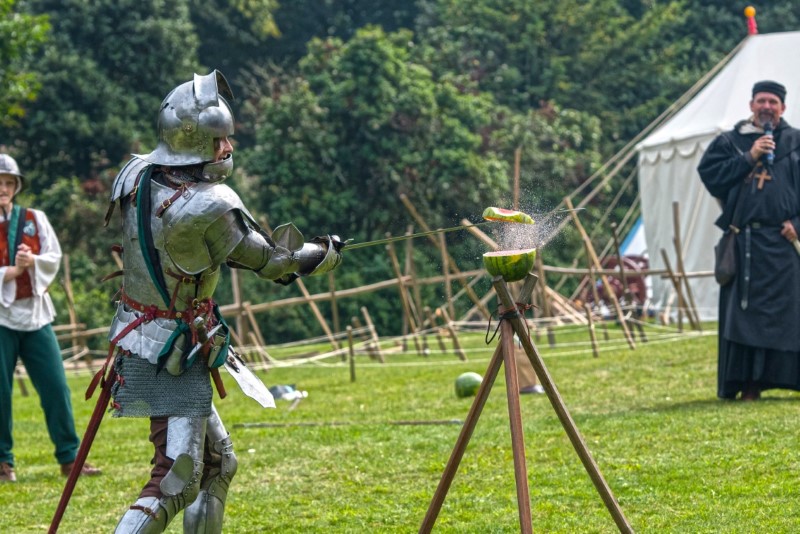 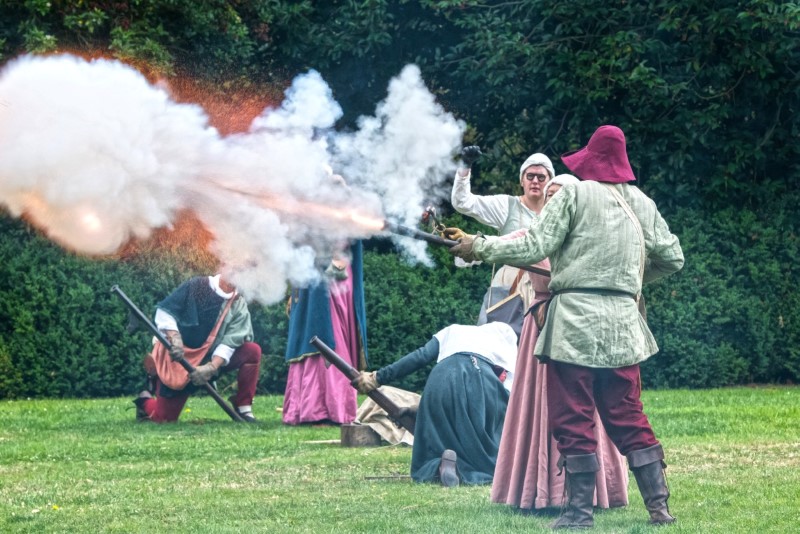 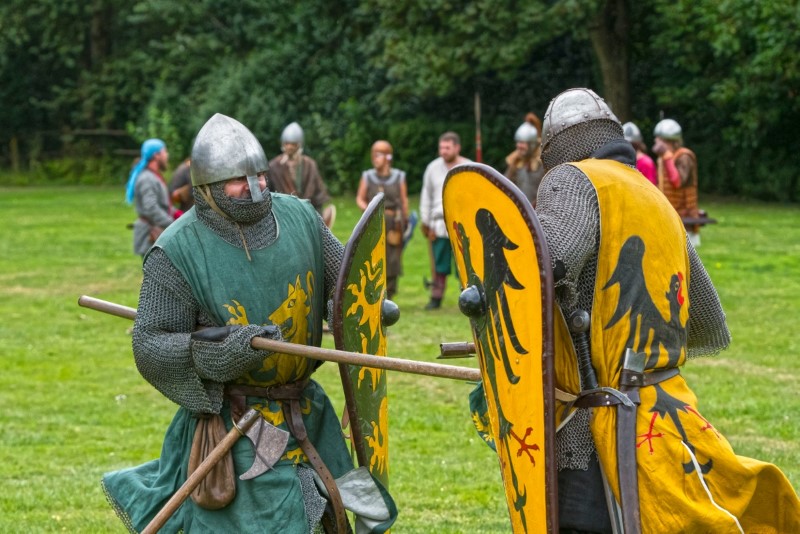 Well there you go another great season of outside events at Arundel Castle wrapped up in 12,000 years of costume, armour, combat, encampments, a variety of weather conditions, midge bites, and plenty of laughs and great company from all who attended.

Raven Tor members should be very proud of all the times periods covered in group - Roman Gladiators did some outstanding combat and displays, and had a really impressive living history display of weapons, armour, mosaic making and art work, and then added some Germanic Tribesmen to add the Iron Age to the Timeline at the end of the day; The Normans 12th century had the biggest showing within the encampment with great kit, displays and then added some really impressive combat displays in the arena - sadly Sister Morag didn't make any converts, received few donations, but proved a great hit with her loom; Always good to give the 14th century a good airing, and certainly they received plenty of attention within the encampment...always and honor and privilege to see Lady Margaret in the grand parade at the end; The Crew of the Mermaid added an impressive tent display of piracy, and then added additional crafts and surgeon displays in different parts of the encampment; adding 17th century musketeer on the Monday extended our contribution nicely. Well done all great effort, and all looked really good.

Many thanks to Company of St Barbara (Happy 15th Birthday to you all) for a great Saturday evening of nosh, cake and great company; Thanks to Wessex Medieval Alliance for a great tented encampment, and all the support in the arena, combat and display wise... the melons went to a far happier place I am sure (well sliced and mashed gentlemen); Thanks to all in the Ragged Victorians for all the laughs, and just being truly awesome all over the site; Many thanks to all in Herigeas Hundus for greatly adding to the atmosphere, some great combat displays and just being truly Saxon and mobbing anything and everyone at every opportunity; Thanks to Will Lord (always Grandpa) for simply being amazing at what he does, and adding so much to the event...great display within the encampment and really popular addition to the event; Thanks to Kim and John for adding to the Romans, and then time travelling to the 1860's the following day; thanks to all the traders for really adding to the event; and Gary in the Company of St Barbara, truly the Force was with you, and thanks so much for donning the armour at such speed.

Well done Jack Labelle Hughes for being the last one standing in the historical mayhem... Id say Ursus Germanicus (John McGloin) gets the last one standing combat wise as he seemed to fight the most historical time periods; Andreas von Hausen (Andrew House) gets the Most Mobbed By the Saxons award; Captain Georgina La Bel (Georgina Hughes) gets the Sold the Most from a Display (naal binding has never looked so good).... It was great to see everyone in group interacting whenever possible with visitors (and they were a tough audience to motivate and get them to ask questions).

Huge thank you to all you supported and attended the event...great way to end the outside events, and certainly one of the best events we have had at the castle. Well done ALL. Hug